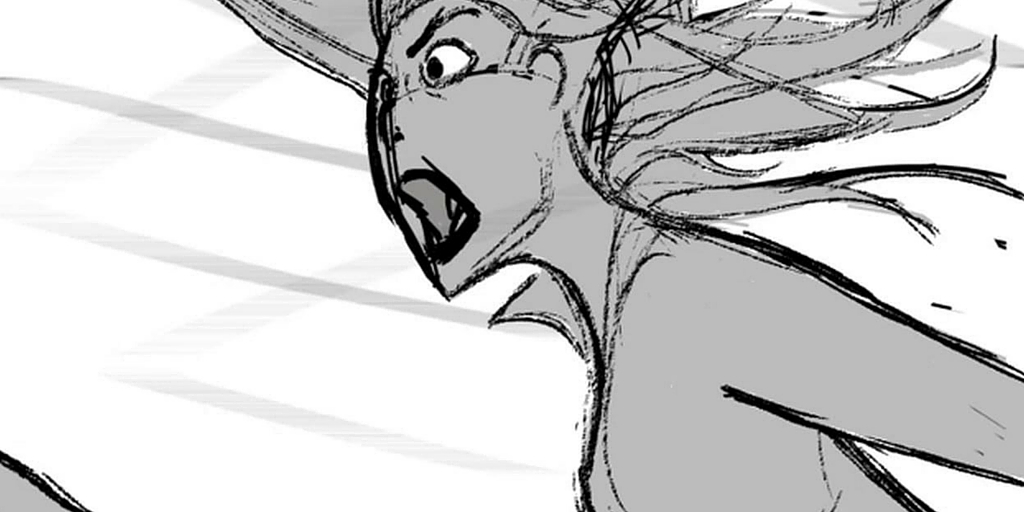 A storyboard is a series of images that visually tells the story of the planned animation; it’s produced so that the animator knows the sequence of events and the animation work that will be needed.

In large animation studios, professional, dedicated storyboard artists do extensive preparation before the animation team get to work but for those starting out in the business, it’s likely that the storyboard artist and animator are one in the same person! And that’s not a bad thing as to be an excellent storyboard artists, you need gain experience animating boards and working them through the editing tools – it’s only when you do this over and over again that you’ll get to grips with best practice and you’ll learn what’s likely to work well visually when animated. This is the type of experience we introduce students to on our animation courses.

But in the meantime, there’s an excellent article on storyboarding for animation in the online animation mag Skwigly – on what to do and what to avoid! Here’s some of the main pointers…

Firstly, each image should have a purpose; there’s no point in cutting from one scene to another unless there’s a reason. Cutting to a new scene is a way of grabbing the attention of the audience so there needs to be a focal point that’s a key element of the story; if someone is simply putting their coat on; don’t cut to a close up of them closing the buttons; show that detail in a full shot of the character – unless of course one of the buttons is a deadly weapon…

Similarly too much camera movement is uncomfortable to watch so try to be sparing with them; use one to introduce the scene and after that each move should be designed to reveal another important aspect of the story or character. A common mistake for 3D artists is to use camera moves to reveal all their hard work on modelling the scene – try to avoid this temptation as it can weaken the flow of the story.

A tiny character in a big space just looks lonely so unless that’s the effect you want to achieve, make sure the character fits well in the frame and consider what background and foreground is necessary, as this will give depth to the scene. Also always show the source of light; if you’re creating a shadow, be sure to include an arrow showing the animator the direction the light is meant to be coming in from.

At a minimum, for each scene have a starting and finishing pose for each character as this means that the scenes can be easily matched. Any movement in the scene then needs a pose and these should be drawn and numbered in sequence. Poses should be strong and by keeping the arms away from the body, it’s easier to see what the character is meant to be dong. A lazy storyboard artist will leave the animator to his/her own initiative on poses, while the animator expects this level of detail to be supplied.

Check out our animation courses or book a place at one of our next open days and learn about what Pulse can do for your animation career.
[openday]