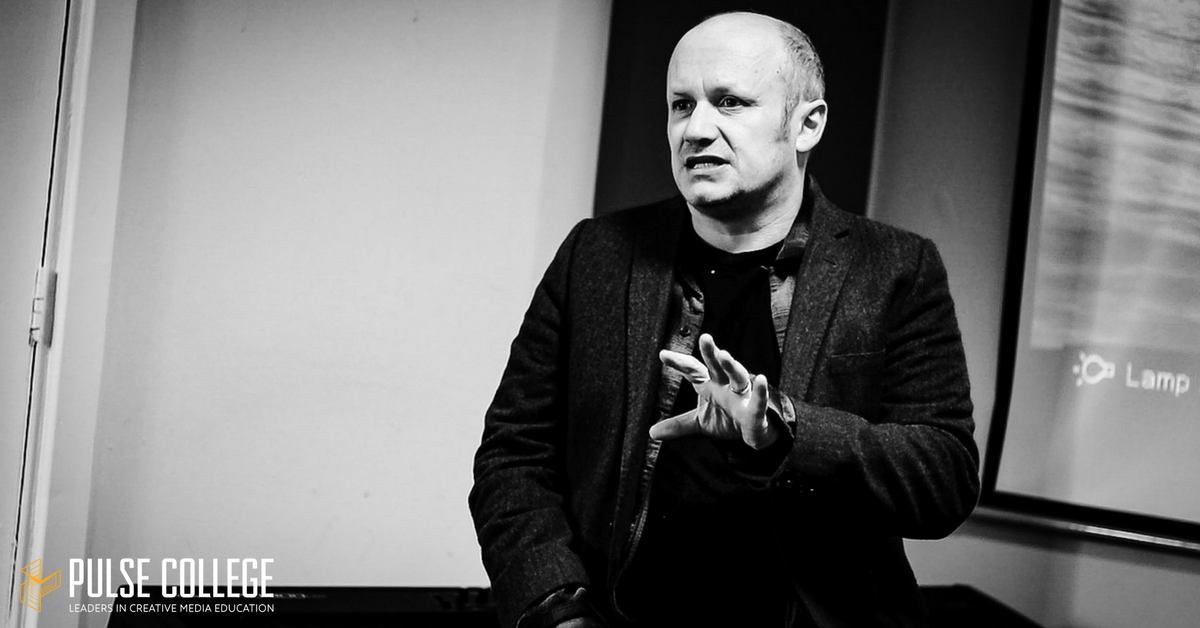 Pulse College had the great pleasure of having Oscar-nominated director Lenny Abrahamson as our guest speaker for students undertaking the MA in Scoring for Film and Visual Media. Lenny is one of Ireland’s most celebrated film directors with many award winning films including the Oscar-nominated ‘Room’, ‘Frank’ (nominated for Best Director, British Independent Film Awards), ‘Garage’ (selected for Director’s Fortnight at Cannes 2007, winner of four IFTA Awards), and ‘What Richard Did’ (winner of five IFTA Awards).

His first film in 2004 was the comedy ‘Adam & Paul’, which follows the day in the life of two Dublin drug addicts. Now frequently regarded as a classic Irish film, it won Abrahamson an IFTA Award for Best Director. In much of his work, Lenny seeks to highlight people on the fringes of society and to portray the joy and tragedy of the human condition.

Abrahamson talked to the students about his days at Trinity College Dublin and how this facilitated his move into film and established important life-long collaborations. This concept was a theme of Abrahamson’s talk, that the most important aspect of film-making is relationships, and in particular the one between the director and composer. Likewise, the students were encouraged to seek out emerging directors whose work meant something to them and with whom they could form a long lasting collaborative partnership.

Using ‘Frank’ as an example, Abrahamson discussed the process of developing an approach to the score with composer Stephen Rennicks and how as a director, Abrahamson tends to seek sounds and music that are unique sonically and that not simply underscore the film, but that becomes an additional element to the visual narrative. Therefore, the students were encouraged to pursue new sonic palettes and to be open to new ideas and techniques in finding their own unique compositional voice.

We at Pulse College are extremely grateful for Lenny Abrahamson taking the time to share his experiences and wisdom with the students. It was refreshing to not only be encouraged by his talk but also to hear of the reality and difficulties inherent in the film industry, and how a composer can carve out their own unique career.

“I loved how Lenny described putting himself in the same position as the audience – even though he knows all the parts of the puzzle, he doesn’t make the story line obvious but allows the audience to put it together themselves. And this also goes for his approach to the music.”

“Lenny encouraged us not to be pessimistic or disillusioned about the business and that there is a wide spectrum of ways of entering the industry.”

“It’s all about relationships and in the establishing life-long friendships.”

An absolute pleasure to have the amazingly talented Irish director and Oscar nominee, Lenny Abrahamson (‘Room’, ‘Frank’, ‘Garage’, ‘What Richard Did’), in #PulseCollege today to join our MA in #FilmScoring students for a Q&A about composing from film and the industry, from the perspective of a Director. Lenny had incredible insight into the creative process for composing and the struggle to create a name for yourself in the industry, offering students some invaluable information.

For more info on our renowned 1-Year MA in Scoring program visit the course page by clicking here.