If you’re an aspiring sound engineer or a tech geek interested in recording drums effectively – this article is a great introduction to the process of drum recording. We’re going to start out with one mic and work our way up. So, whether you’re practicing at home by yourself or planning to record a band to get a first big break in the music business, these little tips are going to make a difference and help your drums sound awesome!

The first mic we’re going to use is a single omnidirectional condenser mic that will record everything around it. There’s plenty of condenser mics available and most good studios will have a few to choose from. It’s worth taking a look at studios equipment list before heading in for the session if it’s a new studio so you can plan in advance.

You’re going to want to try and get your recording to sound punchy and present.  Place the mic as close to all parts of the kit as possible. Somewhere above the bass drum and in between rack and floor tom might be a good starting position.

With our second mic we’re going to add a bit of punch to the kick drum. Raise the condenser mic and place it above the kit and change the setting to cardioid. That setting will only record sounds from in front the diaphragm and not sound from behind.

Next place a mic in front of the bass drum. The AKG D112 is quite a popular bass drum choice. Different engineers have different preferences where they like to place the mic. Some prefer inside, some outside cantered on the drum.

Get your drummer to play the track and listen back to various positions. Each drummer and each song are different so make sure to trust your ears. 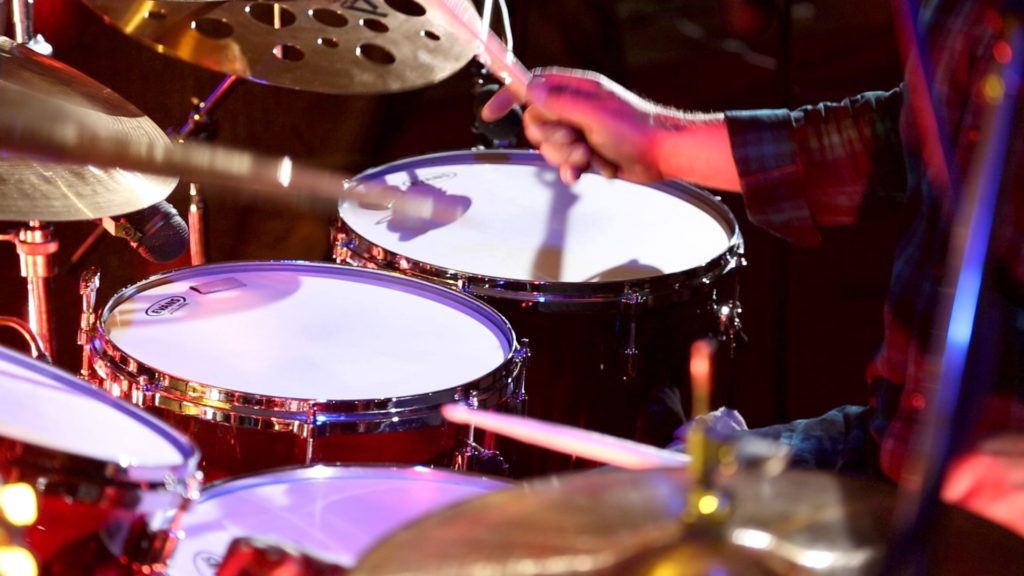 With a simple 2-mic setup the one drum that suffers a most is the floor tom as it’s furthest away. For our 3rd mic we’re going to add a floor drum mic to add a bit of weight but keep it placed a little bit back from the drum, so it captures some ambience for the snare drum.

For placement try using a cable and measure from the centre of the snare to the floor tom mic and the overhead mic and check they are roughly the same.

Here’s an alternative 3-mic setup. Instead of focusing on the floor tom take your 2 condenser mics and place them above the kit – 1 each side. Position them over the toms roughly equidistant from the snare and about the cymbals. When you pan this on the desk you’ll get a nice stereo snapshot of the drumkit.

The 4-mic setup is going to bring the snare more to the drum mix. Keep all your other mics from the stereo pair setup in place and bring in a fourth for the snare drum. Shure SM57’s are an affordable mic for recording snare drums and double up as a great option for electric guitar.

Place the mic close to the snare pointing at its centre and carefully blend it into the mix.

If you can get your hands on one more mic you might want to bring in a touch of ambience from the room. Top recording studios are acoustically designed to produce amazing ambient sounds so it’s worth capturing this onto your track.

The Neumann U87 is a great mic but obviously a bit expensive so experiment with what you have. Adding the room can really add depth and excitement to the final mix. 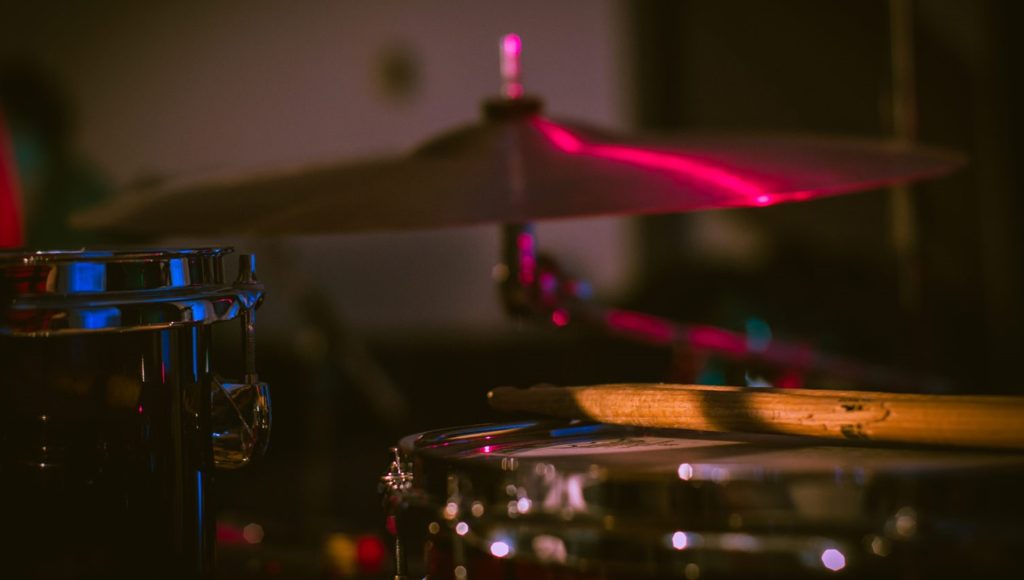 There’s plenty of different approaches and lots more you can do to capture a great drum sound. If you’re interested in learning more check out our music production courses.