What makes a Hit Song?

If you’re considering a career in music production, you’ve probably often wondered what’s the magic ingredient that makes a song a success?

In our BA course we cover the technical skills needed to create and compose great music, but this is only one part of the subtle alchemy that goes into creating something that manages to worm its way into the collective consciousness, racking up astronomical sales, streams and downloads in the process. 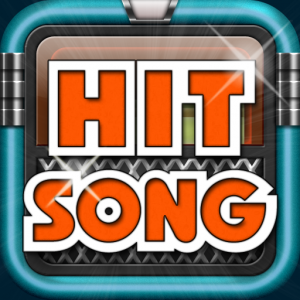 So what’s the dividing line? What is it that marks a hit song from your average pop dud destined for the scrap heap? In an article on the topic, Mary Dawson of the Internet Writing Journal argues that a hit song needs to embody two key characteristics – it has to be both

Using LeAnn Rime’s Blue as an example, she breaks the song down into its component thematic and structural parts to illustrate her point. In the distinctive column she lists Rimes’ unique vocal style, and under universal goes everything related to form. Easy-to-grasp AABA structure: check. Melody passes the whistle test: check. Easy to empathise with the subject matter (who hasn’t felt a bit blue at some stage?): check.

Does the Formula Work?

While it holds true for this example, relegating everything related to song structure to the universal category risks reducing the whole thing to a paint-by-numbers exercise. It’s not hard to think of songs that blow Dawson’s dichotomy out of the water. Take Kinky Afro by Happy Mondays, one of the band’s first major hits and a staple of the early 90s baggy scene. Like Rimes, Ryder’s vocal performance ticks the box for distinctiveness (it’s not a style that lends itself to imitation). But it’s also resolutely off-beat in terms of theme and structure:

But it’s because of, rather than in spite of, these eccentricities that the Mondays have remained a mainstay of indie discos the world over ever since.

So although “Blue” and “Kinky Afro” are very different songs, they’re both hugely successful, a fact that only goes to show that a hit single can’t be reduced to a simple formula. One thing both songs have in common, though, is carefully crafted sound. While the key to Rime’s success lay in modernising an old country standard, the Mondays’ came courtesy of legendary producers Paul Oakenfold and Steve Osborne, whose injection of a commercial house style gave the track mainstream appeal. Polished, catchy and with an infectious energy – for all its deviations from the template Kinky Afro is the quintessential pop song.

If you’re interested in improving your song-craft you might want to check out one of our open days or our music production courses. You can also sign up for our newsletter for regular updates or find us on social media.