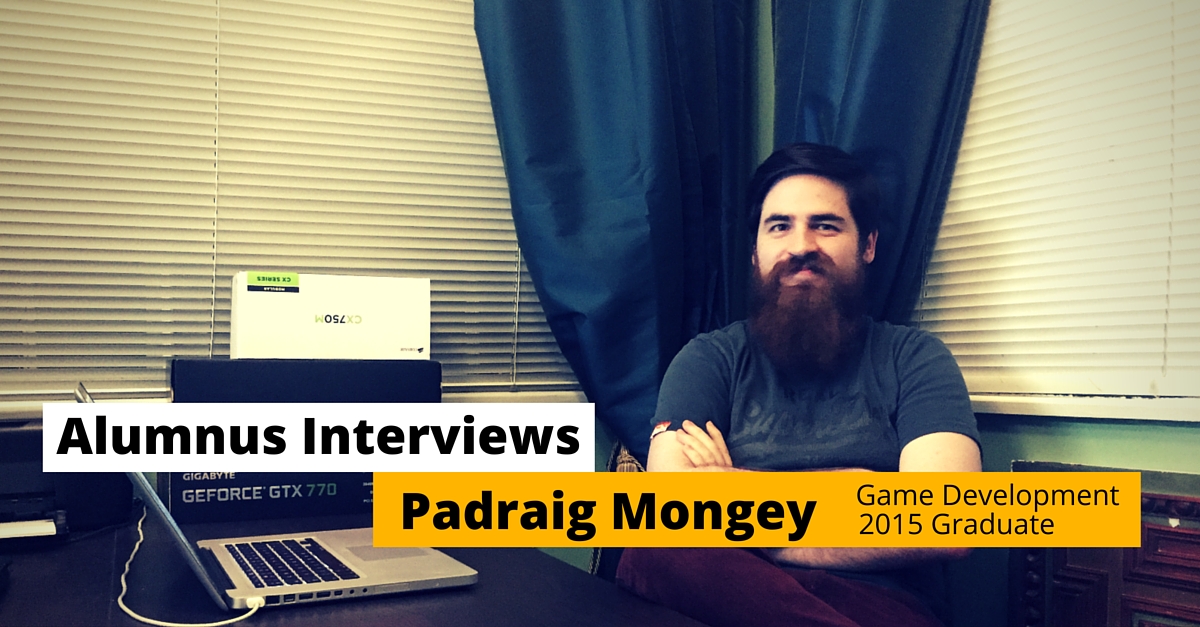 Did you always want to work in the GameDev industry?

For a long time I had no idea what I wanted to do, so I tried my hand at a lot of different things. Each was something that interested me a little but ultimately I became bored with. However the lessons I learned from each stand to me today. So when game development popped up I was pretty much hooked because it appealed to my changing nature and multiple interests. Ever since then it’s been more of a need then a want to work in game development.

Playing games mostly, I was a terrible student unable to focus on anything that didn’t interest me. But if something did catch my short attention span I would either research it profusely to the point where I got bored again or keep going back to it because the challenges were always new and exciting. This brought me to many different studies and jobs, the first college level schooling I tried was journalism. In one college for multimedia and a second for written journalism. Both had parts that I really enjoyed, learnt loads from and other parts that caused me to not even bother go in for. One of my repeat interests, aside from playing games, was special needs nursing. What really kept bringing make to this was the diversity on the work, everyday there was something new to do and a different challenge to help someone overcome.

It was sort of a natural progression of things. My first taste of game development was a small course set up by Dorset college, it was one day a week but it wasn’t enough. I was halfway through the course when the lights really turned on upstairs, so I looked into full time courses and the Pulse College Game Development Course appealed to me the most. The thing that really caught my attention about Pulse College was the diversity they offered, game design is pretty multifaceted as is but Pulse had the facilities to nurture them. Also programming is something that scares the life out of me and the course was set up in a way that you work more towards your strengths so this stopped me becoming dishearten and uninterested.

It was definitely the varied types of work, every week there was something new to sink my teeth into. It was also the amount of things thrown at us that I enjoyed. For me, if I’m working on one thing and it becomes too much it’s nice to have a productive distraction to move onto for a while before going back to the first task.

The other thing I had never really experienced before was being around like minded people, it was a great environment to just nerd out and play board games or talk about what computer games we were playing.

Greetings and good luck to all our fellow jammers this week. #PulseGGJ #GGJ2016 #pulsecollege #ukelele #globalgamejam

Can you tell us about the project are you currently working on and how this opportunity came about?

One year into the course the idea of setting up a company began to form, and there were people in the class I definitely know I wanted to work with. Once college ended things fortunately fell into place and Newlov was formed. We got incubation space in the college and our first game is in development. The game itself is an over ambitious first person shooter for PC. The concept behind it is that I would rather throw a rock into the ocean and make waves then a pebble and make a splash, so no matter what comes of it the team making the game will come out experienced and prepared for the next project. 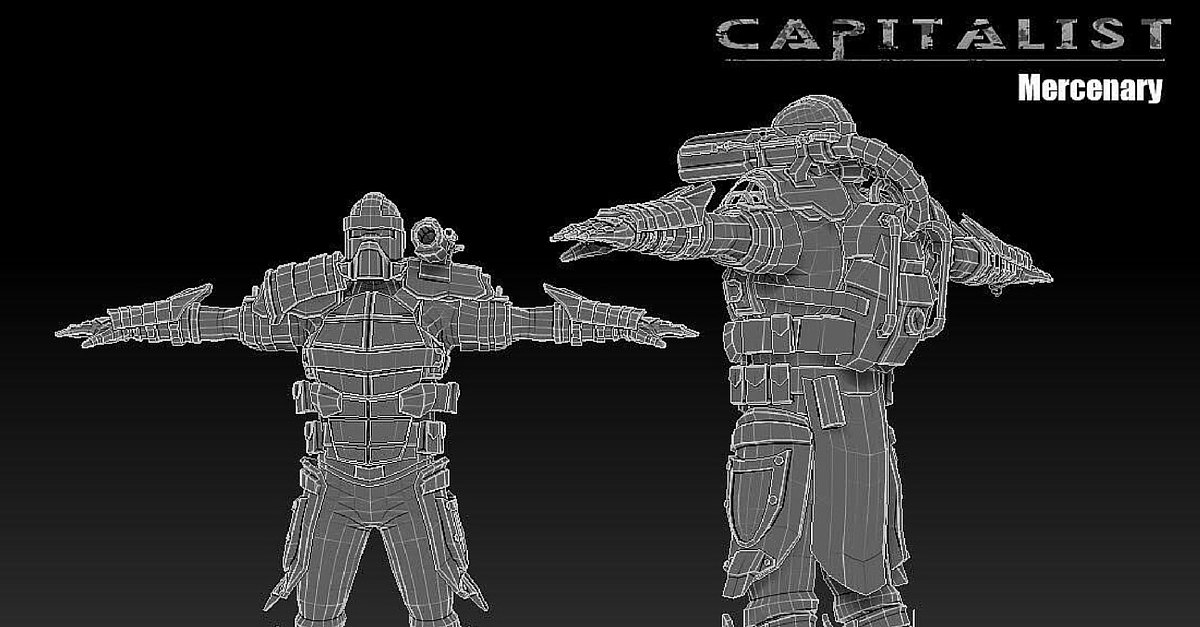 As for what the game is about we’re making a shooter that asks the player think. I want to try stem the tide of brainless shooters where the sole objective is to go to point A, fill anything that moves with bullets then continue to point B and repeat. It’s a multiplayer game too, so cooperative gameplay will be a necessity other than that we’re keeping things fairly quite for now.

What kind of things did you learn at Pulse College that prepared you for your professional career?

One thing I think that’s undervalued in general education today is sound business advice and teaching, I know this is a crazy boring answer but its importance is paramount. Having gone through the process of setting up a company I realized how incredibly unprepared I would have been for the task but Pulse College were kind enough to have one of the modules in year two focused on just that. As much as I like to think it’s not, game development is a business and without that hit of reality it would have been impossible to get to where I am are now.

Pulse also afforded me the opportunity to fail, repeatedly. Not assignments or exams but tasks. In year two of the course not one of the games I worked on was finished, but instead of writing them off as failures they were used as learning examples of what not to do and how to avoid team collapses. These are vital lessons to learn and the great thing about college is that it’s the best place to learn from your mistakes because they cost nothing. I put those lessons to constant use avoiding the pitfalls of teamwork and I now have a built-in ‘What-Not-To-Do’ compass.

What are the most challenging aspects of working in the games industry?

For where I am now it’s finding people who are willing to take a risk to do something they love. Talented game developers can easily go overseas and get a fairly comfortable job at a big company or use what they know to work in a similar field, so putting it bluntly finding someone who is willing to work for the love of it with the promise of pay if the game does well is a tall order. We have found people who are willing to do this but with it comes with a balancing act, there’s their passion for making games then there’s the reality of making money, so they all, myself included, have paying jobs. This in turn cuts into time available to do what we really want to be doing.

On that note, hopefully without sounding like I’m whining, the government could be more helpful in developing the rapidly growing game development and game making community. On a European level the funding is there but they are large oceans and right now we’re a very small boat. One of the decisions we had to make early on was whether we register as a company up North so that we could apply for arts funding, as game development in the republic still isn’t classified as an art so can’t avail from the benefits available to traditional artists.

PULSE COLLEGE GRADUATION 2015 ‘It was an enjoyable and challenging two years, but I’ll miss playing the games! We all used to get together and play board games after most classes.’ Padraig Mongey / Graduate Full Time Games Development / 2013/15 #PulseCollegeGrad #Student #College #Graduation #PulseCollege #Grad #GamesDev #GameDev #GameDesign #HigherEducation

One of the first things they told me in Pulse was when you start making games your time for playing them goes out the window. So make sure you’re getting into game design for the right reasons.

From my own experience the one thing you need to be a good game designer is dedication. I haven’t come across a problem yet that can’t be solved by getting rid of distractions and focusing entirely on what you want to achieve. That and near fatal amounts of caffeine.

What’s next for Podge?

Newlov Games is my foreseeable future, with game concepts to last us for the next few years then after that we move from game developers to game publishers. I really want to see the game industry blossom here because I’ve seen what the community has to offer and I think it’s something really special, so I will do everything I can to help it get to an international audience.

Find out more about our Game Development programmes or Contact Us to discuss any of our other courses in more detail!