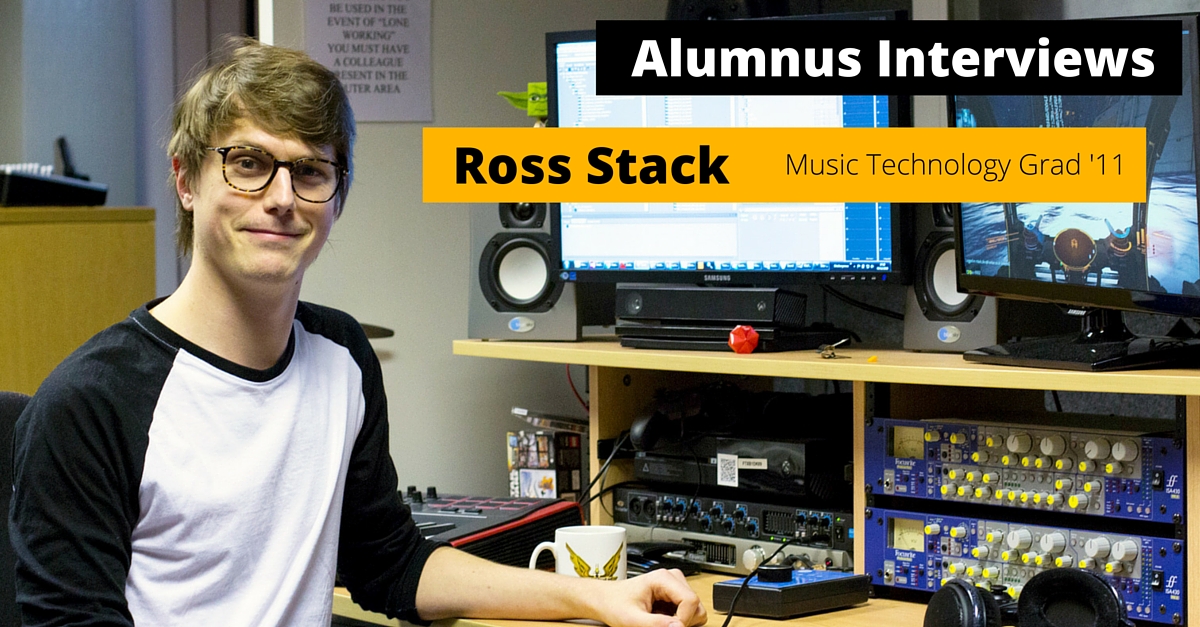 Did you always want to work in the games audio industry?

Oddly, no! But when the opportunity arose to work as an audio designer for a game development company, I jumped at it. I’ve been an avid gamer all my life, but having come from initially working in audio post production, I somehow managed to convince myself that game audio was inaccessible to me. Somewhere along the way, I guess I had fostered the idea that game development was all programming and witchcraft, and that I’d never be able to develop the skills needed to apply my trade.

Turns out, I couldn’t have been more wrong! There’s never been a better time as an audio designer to get into the games industry. Audio middleware solutions such as Wwise and FMOD make it as easy as possible for audio professionals to do what they do best and not worry about what’s going on under the hood. Also, these tools are constantly evolving to keep up with new technologies such as VR, so from my point of view, working in game audio is a very exciting place to be. There’s still a little bit of witchcraft involved mind you!

What project are you currently working on?

I’m currently working on a game called Elite: Dangerous. It has been called by many the spiritual successor to 1984’s groundbreaking space trading and combat simulation Elite. At the time, Elite offered the player an unprecedented amount of freedom, allowing them to explore a persistent procedurally generated Milky Way galaxy, all in the amount of memory it takes to send a simple email.

To this day, Elite has a passionate fan following so I felt some degree of pressure in coming to work on this modern day re-envisioning. Fortunately for me, I’m part of a team with some of the most talented audio professionals I’ve ever had the pleasure of working alongside. Our recent nominations for best audio in both the Golden Joysticks and the Develop awards are testament to this fact.

As an audio designer, working on Elite: Dangerous is a dream! My day to day job can vary between coming up with sounds for a variety of spaceships, each needing their own sonic characteristics, to creating spooky ambient soundscapes for abandoned shipwrecks on distant planets. In addition to the more conventional audio design work, I spend a significant chunk of time working closely with our audio programmers, endeavouring to find the most creative and efficient ways to implement our audio.

Before attending Pulse College I had studied and acquired a degree in industrial design. I then went on to working as a freelance graphic designer for a while before making my move into the world of audio. As much as I enjoyed design, I figured if I didn’t at least give a career in something audio related a try, I would regret it in the future. At this point, I can most definitely say, I’m glad I made that decision.

I have always been into all things music and audio related. As a kid I used to record radio shows onto cassette tape with a cheap microphone, cueing up songs and introducing them. In my head, I sounded like Tony Fenton. For some reason, I never sounded like I had imagined when I played the tapes back. A valuable lesson in recording was learned! I later upgraded to a small 8-track recorder and soon became hooked on the process of recording and overdubbing, steadily building up structured pieces of music with whatever instruments I had at hand. So, I guess I always had it in mind that I wanted to formally broaden my knowledge in recording and audio technology.

I found out about Pulse College through my cousin, who had enrolled in the full time diploma course in Audio and Music Technology. We we’re in a band together at the time and actually ended up recording an E.P in the Engine Room studio in Pleasants Place. The experience of meeting some of the Pulse College staff and recording our E.P at the Pulse College facilities that made me want to enrol there almost immediately. I really got caught up in both the atmosphere and the passion that the people working there have for what they do.

What are the most challenging aspects of your job?

Day to day work in game audio tends to present a diverse range of challenges. For the most part, it’s not the actual audio design, but the technical implementation that can lead to some head scratching moments. For instance, in Elite: Dangerous, we often have large numbers of active audio objects present at any one time. Whether it be a large scale space battle or a skirmish in a densely populated planetary outpost, the potential pitfalls are the same; too many active voices result in unneeded CPU strain on the platform. This leaves us with the challenge of constantly juggling voices and also coming up with clever systems to prioritise what the player will hear without sacrificing the overall experience. Another big concern is the way different platforms handle the audio. We currently develop Elite: Dangerous for PC, Mac and Xbox One and one of our biggest goals is to provide the same experience in audio, no matter what platform the user is playing on.

Another challenge that comes up time and time again in game audio is that of avoiding repetition. Video games are unusual form of entertainment in the fact that they often involve performing somewhat repetitive tasks for extended periods of time. Classic games like Super Mario had pretty small sets of sounds and as a result, the audio quickly became very repetitive. Modern gamers aren’t so forgiving however, and in many contexts, repetitive sounds can be viewed as unrealistic and will break immersion for the player. This leaves us audio designers with the task of fooling the player into thinking they’re hearing a virtually infinite range of sounds. We often achieve this by separating core sound effects into individual layers. Then by creating variations of those layers and randomising a combination of playback order, pitch, volume and filtering it’s possible to create a sense of depth and variation in the sounds. Ultimately the goal is to not be annoying!

How did Pulse College prepare you for your professional career?

I think one of the great aspects of the courses Pulse College has to offer is the fact that they lay a really solid foundation for whatever part of the industry you may find yourself in later on down the line. I did the full time diploma course in Music and Recording Technology and despite ending up in game audio, I have still benefitted greatly from the core concepts that I picked up in Pulse College. For me, the best examples of this are in the course elements of live sound mixing and signal flow.

Being an audio professional is all about developing an ear for frequencies and I don’t think there is a better way to do that than being put on the spot as a live sound engineer where you need to quickly address an errant frequency that’s causing a microphone to feedback into the PA system. Signal flow is hugely important as well and I think my time in Pulse College helped me to visualise how audio travels through different systems. This is a must have skill for quickly diagnosing a problem in a signal chain. These basic core concepts apply everywhere audio is handled, from analog modular synthesisers to digital audio workstations.

When posed with this question, many people answer with some combination of “hard work, dedication, not being afraid to work long hours” etc. All of these things are true, but as far as I’m concerned, if you’re passionate about what you do, those are the easiest boxes to tick. In my opinion, there are other merits that are equally, if not more, important. I think versatility is one such trait.

In the world of post production, you often hear that such and such an application is the industry standard. In the games industry however, this often doesn’t apply. Different studios will sometimes have drastically different processes, technologies and systems, and being able to dive in and quickly adapt to new ways of doing things is a formidable skill to have. It also helps to just be a nice person! Have fun with what you do and don’t be afraid to ask people for help. You’ll learn more from your colleagues than from any textbooks, classes or tutorials.

What’s next for Ross?!

The beauty of working on a project like Elite: Dangerous is that it’s constantly evolving and being updated, with new revisions of the game being shipped out to the public several times a year. This gives us the unique opportunity to continue improving the game for the player. From an audio point of view, it’s no different, and I’ll be working alongside the rest of the audio team over the new year to improve on the established game and introduce new features.

In addition to this, I’m always looking for new technologies and techniques for bettering myself as an audio designer. The sheer range of tools available to audio professionals now is mindboggling and I love finding new ways of doing things to keep the creative process fresh and interesting.

Find out more about our Music & Audio Technology program or Contact Us to discuss any of our other courses in more detail!