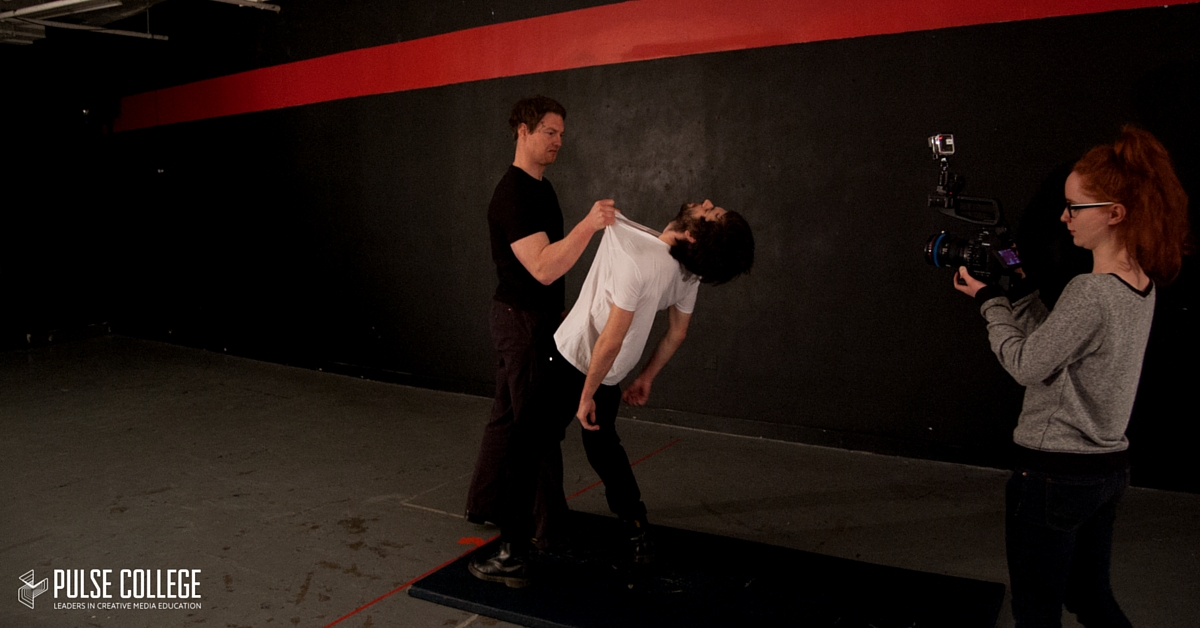 If you’re putting a fight scene into your film, then you’ll want it to be high-octane, to add to the drama. But how do you go about filming these scenes, given how complex it is to show-case a fight? This article summarises the three main steps in the process and it outlines some of the topics you’ll be covering if you decide to go to film school.

Step One – Plan the Context

The first step you’ll need to take is to establish how the fight scene will play out, and how it fits into the rest of the story. The writers will have to think about the motivation behind the characters and how the actual fight will end, typically with either the good guy or bad guy being defeated. The story is important to the actual fight scene, as it’s only by understanding the backgrounds of the characters that the audience can become immersed in their conflict. And it’s that buy-in that makes the action more believable; if the audience feel for the characters, every punch and kick becomes more hard-hitting. “Mise en Scene” is one of the first terms students at film school come across and it refers to the setting or visual theme – this must also be planned as the surrounding area where the fight takes place will enhance the action.

For example two samurai battling to the death is made more believable and thrilling by a backdrop of bamboo tree’s or ancient Japanese temples – Seven Samurai is a classic that goes back to 1954 that demonstrate the importance of “Mise en Scene” brilliantly. By carefully crafting the story, location and character motive before the fight scene, the director will be able to engross the audience, making the fight scene compelling and memorable.

The second step involves preparing for the fight scene itself. At the outset, the director should consult with the stunt co-ordinator, speaking with him/her about the different stunts which will be involved, and what would be the most efficient way to pull them off. In Ireland, Stunt Guild Ireland represents many of the local stunt personnel. The stunt co-ordinator will then be able to draw up the scene, creating moves for the combatants which will fit in with the scene. When prepping for the scene, there should be a walkthrough where the actors get to see what they will be doing and bring in any dialogue that will be spoken during the fight.

If the fight is being choreographed, with swords for example, the actors – like a dance – will need to learn the steps – here’s a great example of Tony Jaa rehearsing for a scene in Fast & Furious 7. They will need to practice this off set to make sure time isn’t wasted on set and typically the actors will be used for the close ups and easy moves, while stunt doubles are used for the more complex or dangerous scenes. Although of course some high profile actors are famous for doing their own stunts.

The third step involves the physical filming of the fight scene itself. Usually it makes sense for the fight to be filmed in the same sequence as it is to be presented in the final film – as clothing, props etc will change through the fight – however with filming logistics becoming ever-more-complex, this isn’t always feasible. Throughout the process the Director and camera crew will use different camera angles which will be appropriately positioned to record the action, to zoom out when necessary and  to capture any close ups needed to add to the story-telling aspect of the fight.

“The Raid 2” Director Gareth Evans gives some useful perspectives on managing continuity through a fight. Usually the Director will have to be prepared to do more than one take, as the fight itself may take a substantial amount of time to be filmed perfectly, especially if the fight involves complex choreography. It goes without saying that Health and Safety considerations are key, both for the individual actors and for the sake of finishing the film itself as the actors will be needed to complete the rest of the scenes.

Of course there’s a lot more to the process of filming a thrilling and well-constructed fight scene and if you’re interested in film school or taking a film production course, then check out our open days  – and get ready for the Action!
[openday]