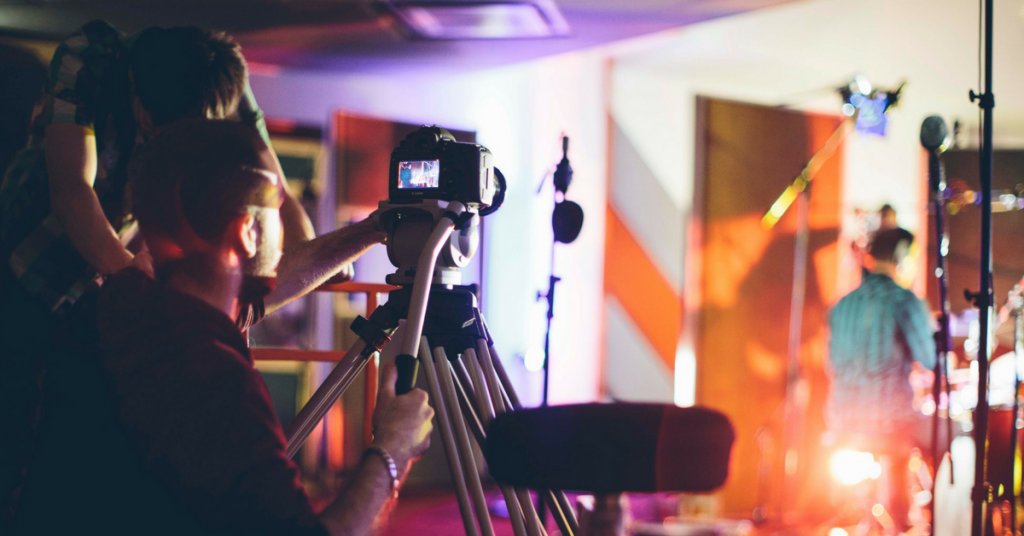 Novice filmmakers are always on the lookout for new and exciting techniques to try out with their gear. Getting to grips with some of the new shots will help make your recordings amazing to watch.

In this blog post we’re going to take you through 5 Essential Camera Techniques to Master:

Over the Shoulder Shots

Over the Shoulder is a classic shot that we all know well. The shot is basically as its name suggests, a shot with the actor’s shoulder visible in the foreground and out of focus. This can take a while to master so you and the actors will need to be patient while filming. Directors tend to use this technique during a conversation between two or more actors because it makes the audience feel closer to the conversation than a single framed shot from distance.

You’re going to have to ensure that you aren’t capturing too much shoulder, which can become over powering, or not enough shoulder.

Many of the best filmmakers use this shot to their advantage and it’s fundamental that you learn it as part of your repertoire.

Tilt and Pan shot are two of the easiest camera techniques to get to grips with. Unfortunately, it’s easy to over-rely on them and they’re often poorly executed.

Titling is moving the camera up or down during a shot and when you get it just right, managing to carefully blend the action with the co-ordination of the movement, it can be very impressive to watch.

Think of a pan shot as the horizontal version of a tilt shot. Again, these are pretty easy to master and they have a tendency to be overused.

Timing is everything so carefully plan your shots in advance. Spielberg’s Schindler’s List is packed full of great tilt and pan shots if you want some ideas.

Zoom shots can be a lot of fun and create a brilliant effect when you execute them properly. To get them just right they’ll need to be extremely smooth and not too fast – this way they’ll be extra creepy!

Alfred Hitchcock managed to create his famous vertigo effect by zooming out while tracking in.

Don’t be scared to get creative and experiment with different zoom shots!

Dutch Angles or Dutch Tilt is where you’re going to tilt your camera on its side to create tilted verticals.  It creates a kind of slopped angle and a sense of unease and disorientation for the viewer.

When you’re making a film use Dutch angles in moderation and only when it suits the scene.

Often aerial shots in big studios are done using a crane or a jib and then can create a seriously impressive effect.

Not too long ago amateur film makers were clambering up ladders (or nearby trees!) to try and recreate these expensive Hollywood shots. Thankfully things have moved on and it’s possible to produce stunning aerial shots just like the big studios with a drone camera.

The best aerial shots are nice and smooth so you’ll need an expert drone pilot on the controls!

As the old saying goes…….The best advice we can give you is to jump in with two feet and get comfortable with all the different techniques. Try and make some mental notes when you’re watching films and have a go at recreating what you see on the big screen.

If you’re interested in getting more professional advice we run several film courses to suit all levels. Why not drop along to an open day to have a chat with our lecturers?

Click Here to find out about our next upcoming Open Event to visit the campus at Windmill Lane Recording Studios.