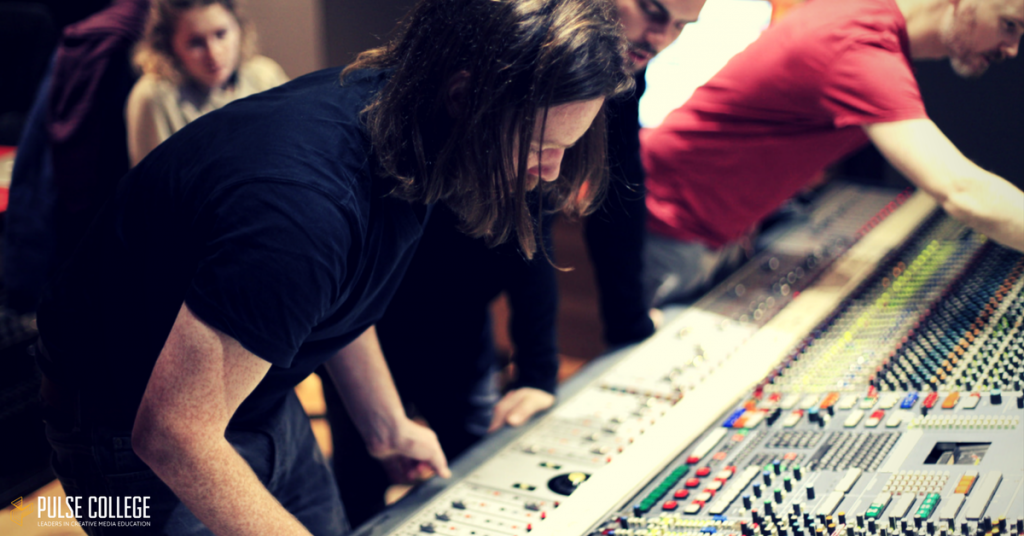 The first time you step into a nicely kitted out studio is a pretty amazing experience and one that you won’t forget in a hurry. Recording Studios are like a second homes to us – we just love ‘em and try our best to hide out with the tech! There’s tonnes of gear; outboard, mixing desk, mics and monitors to capture your songs and also there’s the chance to meet some cool new people. The main thing, though, is to maximise your time in the studio and get the best out your music producer and audio engineer. Here’s a few tips to help you get the most out of the studio!

Give your music producer and sound engineer as much of a heads up as possible before you get into the studio. When you’re in rehearsals do a very basic recording of the tracks you’re planning to record in the studio and send them on.

Even a very rough recording on a phone can give the production team an idea of what to expect and give them time to come up with some cool ideas.

If you have built up a bit of a relationship with your producer, why not ask them to call into your rehearsal for an hour or drop along to a gig to hear the songs live. This bit of ground work before taking to the studio can be invaluable – saving you time and money and potentially getting a better result.

Working in a studio can be expensive so make sure you know all your parts before the big day. Producers and engineers often like working to a click track so it’ll be easier to go back and make edits later on. If you’re working with a live drummer a great tip is to get them and the rest of the band used to playing with a click track in rehearsals. Having a solid rhythm track is the foundation of a great song.

The less time you spend nailing your parts in studio, the more you time you can spend on other creative areas.

Sit down with your producer and plan out the session. You may be trying to capture the energy of a live band or take a more structured approach and break the songs up into parts to give you more control over each section.

Whatever way you decide to go having a good plan will help you and your producer get the best results.

Listen to Advice but Trust your Instincts

Generally speaking, top music producers have lots of experience and can offer great advice. They also have a host of tricks and plugins hidden up their sleeves to make your tracks sound amazing. Our advice though is always to trust your instincts and more importantly your ears!

When you start working with a music producer they almost become a new member of the band and for first timers this can take a bit of getting used to. Keep in mind that the suggestions they’re making are to get the best performance out of the band. Your producer is there to collaborate and make your material better. Go with the flow! Sometimes your least favourite song going in ends up being the best and your favourite when you’re finished!

Have some similar sounding albums or songs to hand that you can play for your music production team before you start a new track. This will give them a guideline of what you have in mind for the sound of the song.

You’ve paid for the studio so don’t be afraid to use it! Experiment and try different things out. If you want to put your guitar amp in a corridor to create and echo effect give it a go. You’ve nothing to lose and you might find something unique. Have a chat with your producer and see if they’ve any interesting ideas that’ll create different sounds to make the songs stand out.

Engineers and producers are different but they’re both there to help you. If you’re in a bigger studio you might even have an assistant engineer lending a hand. Often assistants are students in an audio engineering course and their job is to help the producer and engineer set up mics change leads and anything in between!

If you need help or advice don’t be afraid to ask either the engineer or their assistant.

Relax and Enjoy Yourself!

Make sure to relax and enjoy the experience, you’ll hear it in the recordings! The more you’re in and out of studios the more you’ll be comfortable in that environment.

Our students have the added benefit of being based in Windmill Lane Studios which is known throughout the world as a top-class facility. This gives them a big advantage when recording in a studio either as a musician or an engineer. And it looks great on your Bio.

If you’re interested in becoming a professional audio engineer take a look at our audio courses and call in to an open day at Pulse College to take a look around.
[openday]