What’s the Story? How to tell (and write) a good Story 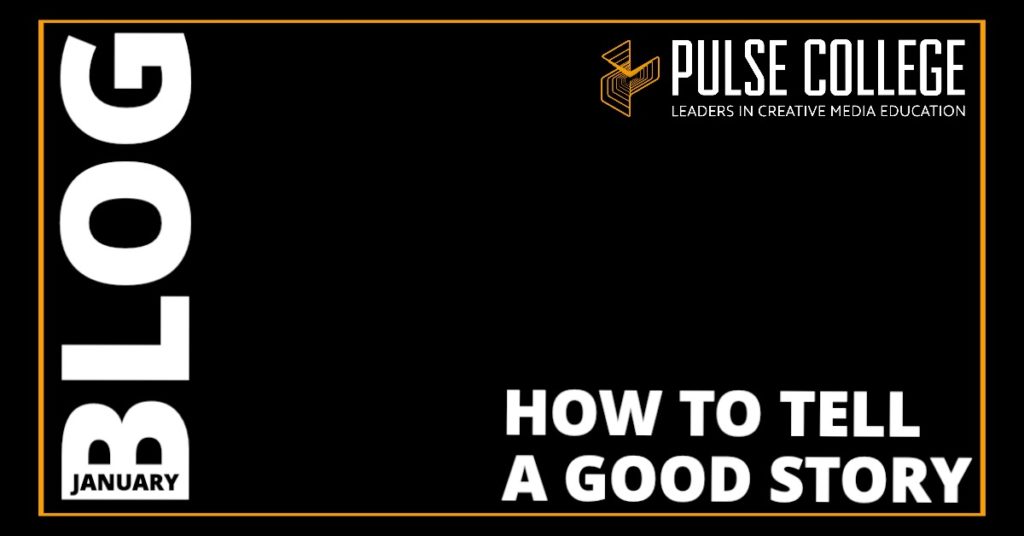 You enjoy a good story, right? We all do and we tell them on a daily basis too, whether we intend to or not. Story-telling is an integral part of the human experience and when its’ potential is exploited to the max., a powerful story can change the world – for better or worse.

Every culture uses stories as a way to connect emotionally and this connection can be used simply to amuse us or to communicate important things that need to be taken to heart to be understood.

Storytelling has a long history… because it’s innately human

If you’re interested in screenwriting or scriptwriting, then you are in the business of telling stories. So, its’ good to remember what a rich heritage we have in Ireland in this context.

The seanchaí is Irish for the traditional gaelic storyteller or historian. Historically many a story in Ireland began with fadó fadó (long long ago). If you’re bored already, remember that in an age before the internet, electricity and even the printing press – one of the only ways to pass on information from one generation to the next was through the art of storytelling. From local history to mythical tales & legendary figures such as Fionn Mac Cumhaill, Cu Chulainn and the children of Lir – storytelling is what defines our cultural heritage; it’s what makes us, in a sense.

Of course, cultures across the globe place the same level of importance on story-telling. Some of the most influential stories have shaped religions, nations and politics all around the world. From the Bjagvad Gita to the Bible – these scriptures are essentially packed with stories that have had a huge influence how on millions of people live their day-to-day lives.

As author and poet Margaret Atwood put it: “ You’re never going to kill storytelling, because it’s built in the human plan. We come with it”.

Happily, these days we have a broad and ever-increasing choice of media platforms to share our stories (or over-share in many instances!). You may not have considered yourself as being exposed to extensive story-telling on a day-today basis but if you’re playing games, engaged with social media, watching Netflix, listening to podcasts or reading blogs (yes this article) – all the content comes down to one core element; it’s telling a story.

But some people seem determined to give storytelling a bad name! You’ve met them; going on and on about their latest sports obsession or boring you senseless about the perfect coffee they had last week…. when it comes to devising stories, we know too well that not everyone is blessed with the storytelling gene.

The question is what makes a good story? What are the secret ingredients that make you sit up off your chair and take notice? Just how do you end up walking away from some movies with the hairs on your arms standing straight, while other films leave you feeling bored and flat.

Why Storytelling Dominates Our Thinking

From a neuroscience point of view – the brain has a lot going on. It is estimated that it processes 11 million bits of information per second. The conscious mind processes 50 bits per second. Every second of our lives, we are dealing with internal and external information. In the age of the internet… this has grown exponentially. We are now bombarded with info. – all vying for that precious and finite resource; our attention.

In order to process and make sense of the chaotic nature of the world – the storytelling brain turns to narrative. Will Storr, author of “The Science of Storytelling” puts it like this:

‘Turning the confusing and random into a comprehensible story is an essential function of the storytelling brain. We’re surrounded by a tumult of often chaotic information. In order to help us feel in control, brains radically simplify the world with narrative’.

Brains simplify the world with narrative….

In order words, life at the best of times is messy and complex… and therefore a story is the natural go-to solution to make sense of the world. Of course, the potential risk is an over-simplification of the not so simple. This, on more extreme levels, can lead to conspiracy theories and in a world with fake news and contradictions at every corner, simple stories can be problematic.

However, in general it is the narrative of story which allows us to navigate through life and make sense of things. It can also allow us to feel part of something bigger.

Storytelling and its influence on perceptions

What does it mean to be Irish? Or to be aged 18 or 90? In one sense, absolutely nothing. In another sense, everything depending on the story and narrative you have been told and are telling. Story sets the tone. (Of course, there are natural & physical facts independent of story that go some way towards answering these questions… but story and narrative can have a big effect on our cultural and societal perceptions)

Think of propaganda films and books that have portrayed different races and religions in a certain light… The power of story intertwined with characters can help shape and influence the national conversation and perception around certain groups. Story is tremendously powerful…in the right and wrong hands.

So now that we know the brain is designed to understand things in terms of a story and we can see how strong stories influence our perception – how do we harness this power for best effect? How can you personally raise your storytelling game?

How do I become a good storyteller?

Whether you are writing a script for a short film or drafting your next novel… there are certain key ingredients to keep in mind.

Finding that middle ground of not knowing what’s going to happen next but wanting to know and thinking there could be a number of different outcomes – this is where you want your audience (listener or reader) to get to. Too predictable is inevitably boring but conversely, if it’s too difficult to follow… you will lose interest and attention.

Maintaining that sweet spot of curiosity in your storytelling is key. An unexpected twist or a sudden change all helps to cultivate engagement.

One of the classic Hollywood films Citizen Kane opens up with the iconic Rosebud scene. The audience are left wondering what does this mean and are compelled to follow the story to figure this out as the film develops.

A pinch of uncertainty keeps your audience guessing and ultimately brews their curiosity.

Be Specific where appropriate

C.S Lewis once said the following to a young budding writer ‘Instead of telling us a thing was ‘terrible’, describe it so that we’ll terrified. Don’t say it was ‘delightful’; make us say delightful, when we’ve read the description.’

By getting specific and painting a vivid picture, you create the scene firmly in the mind of the audience… and thus bring it to life.

Another aspect of being specific is the use of salient detail which really plays to our story telling brain. We naturally pick up on those small changes in environment that can really add to the moment. Particularly moments of suspense.

For example, it has been documented that in the moments prior to car accidents, the brain needs to temporarily increase its ability to control the world. It’s processing power surges and we become aware of more features in our environment which gives us the impression of time slowing down. A good storyteller can have the same affect and ‘stretch time’. By describing in great detail how those moments affect all the senses, you can really build the suspense. For example, in the world of film, Spielberg is a master of creating and building up the moment.

Be specific and take the time you need to build suspense but bear in mind it’s a thin line between suspense, impatience and boredom – don’t go overboard!

‘There is no terror in the bang, only in the anticipation of it.’ Alfred Hitchcock. 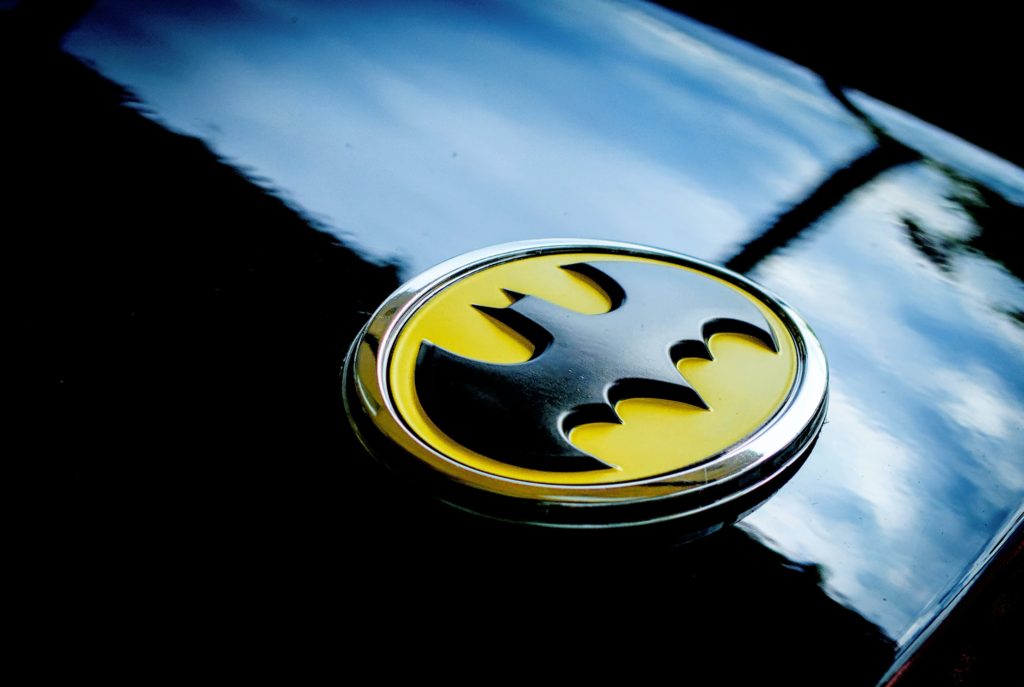 Who is the main character? Typically he or she will have some obstacle to overcome or goal to achieve. It’s the protagonist that we will develop an emotional connection with throughout the story.

Likewise there will be an antagonist who will go against the protagonist. The antagonist can come in many forms such as person, a thing or a general situation.

Ultimately your character will have to answer some variation of the question ‘who am I?’ Who is this person? And critically will they change over the course of the plot? It is at the ignition point of the story where a change strikes that we tend to really get sucked in and pay attention. How will the protagonist react to this event? What will they do?

A plot to challenge the Protagonist

As Christopher Brooker puts it: ‘ (one) way in which a story may take shape in the human imagination shows the hero or heroine being abruptly transported out of their `normal’ world into an abnormal world, and eventually back to where they began.’ It is in this process, that we are often engrossed and curious to know the answer to the ultimate question. Who are they?

We all know there will be a beginning, a middle and an end. But it shouldn’t be plain sailing. There should be speed bumps and challenges along the way for your protagonist.

‘Finding out who we are, and who we need to become, means accepting the challenge that story offers us. Are we brave enough to change? This is the question a plot, and a life, asks of each of us.’ Will Storr.

Want to tell a story through Film?

One of the classic and best ways to tell a great story is through Film. If you want to polish up  your scriptwriting and screenwriting skills – here’s a bit of good news. This short course on screenwriting and scriptwriting, delivered online is setup to allow your storytelling skills to shine through. In this fun but stimulating environment, you will learn how to prepare and develop an idea into a finished script (research for scriptwriting is integral)…. And of course, this is a potentially vital first step for those interested in getting started in the film industry.

The full course details can be found here.

In Conclusion; the Story Rory!

Effective story-telling is powerful and when it’s done well, it can have a lasting impact. When a story is engrossing, time can stand still and the fact a narrator has devised the story completely  fades into the background, as we see each scene unfolding not just on a page or on the screen but in our imagination too.

As Leo Tolsoy put it: ‘a real work of art destroys, in the consciousness of the receiver, the separation between himself and the artist.’

With some of these tips, your storytelling skills will step up to a higher level. But to really sharpen your film opportunities, check out our courses and any queries, please get in touch with us.