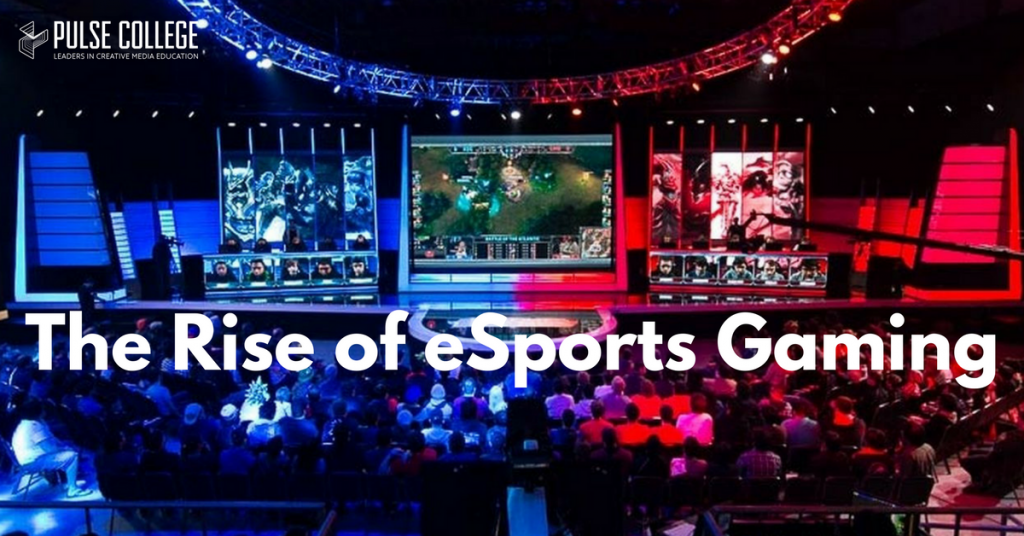 One of the biggest impacts on the world of gaming in recent years has been the rise of eSports (online competitive gaming, to the uninitiated), and it’s here to stay!

Game devs are taking note of the growth in the area after 2016 League of Legends World Championship published phenomenal figures; Over 370 million hours of live eSports viewed, 36 million daily views and more than $6.3 million of prize money distributed to contestants.

We can expect to see the world’s best video game companies tapping into this exciting market and attempting to create ways to introduce even more genres to the eSports market. It’s not only an exciting time for gamers but also for game designers and developers looking to break into a fast-growing industry.

What started out as a series of small events over 16 years ago has expanded to over 2,000 tournaments a year today where some of top gamers gather to compete for glory. These events have become so popular that even main stream sports networks, like ESPN, have dedicated eSports sections on their sites.

Video game platforms, such as Twitch (which has over 100million unique users per month by the way!), were key to the explosion in the eSports area. These platforms provided the three key elements needed for the success of eSports; unique communities forming around game titles, allowing viewers and those playing the games to interact together, and giving game fans 24/7 access to see live streaming of professional players competing all around the world

There is healthy competition between game developers too; as they compete hard to make the next hit eSports title. We can expect to see lots of new eSports game titles in 2018.

Whilst the competitive aspect is still a very important part of the gameplay, collaboration is becoming increasingly more important and popular with the attendees. The idea of teamwork first became popular in games like Halo, where players worked together in multi-player environments. This style has been carried over into the eSports arena. Team sports like football or basketball obviously translate easily as collaborative eSports but it’s a challenge for game designers to come up with new innovations in terms of collaboration.

The top pro eSports gamers earn some serious money and are becoming household names that draw in the crowds. There is a challenge though for both developers and tournament organisers to keep pushing the boundaries and keep things exciting – creating a community of loyal followers is key as the audience plays a central role at the events.

The explosion of eSports hasn’t happened because the pro gamers stand to win a lot of money but because gamers like you and me respect the skills involved and are willing to get behind our favourite players. Just as in any other sport excited crowds cheering on their favourite team and rivalry with opposing fans is what it’s all about. It is this community of gamers that will determine which future eSports games become a success or fade into obscurity.

Virtual Reality and eSports are without a doubt two of the hottest game dev topics right now. Some tournaments are even being streamed in 360-degree VR. If game designers can find a way to blend VR and eSports it could bring tournaments to the next level!

As video games become ever more popular so too does the world of eSports, as it begins to creep further and further into mainstream culture. As online games grow more advanced, they become more exciting for spectators, which in turn will lead to the greater involvement of big-name brands and broadcast networks. The phenomenon of eSports is still a long way from hitting it’s peak but when it does you can be sure it will enjoy the same level of viewers, engagement and fandom as do the worlds biggest sporting events and teams!

One of the biggies happening in Ireland is the Celtic Throwdown (an event we are proud to be associated with!), where battles take place on Street Fighter V, Injustice 2, Tekken 7 and the Smash Bros franchise titles. It takes place 2nd and 3rd September 2017 and is being held at the Crowne Plaza Hotel in Blanchardstown. For more info on the event, check out their website and if it’s your first time getting involved they have a handy page right here to fill you in with all the necessary details!

The Future is Bright

One of the biggies happening in Irel
It’s a dynamic time in the world of gaming – but then; it usually is! If you’re interested in learning more about game design and game development check out our courses and drop along to an open day to find out more.

Keep an eye on the International eSports calendar for upcoming events.