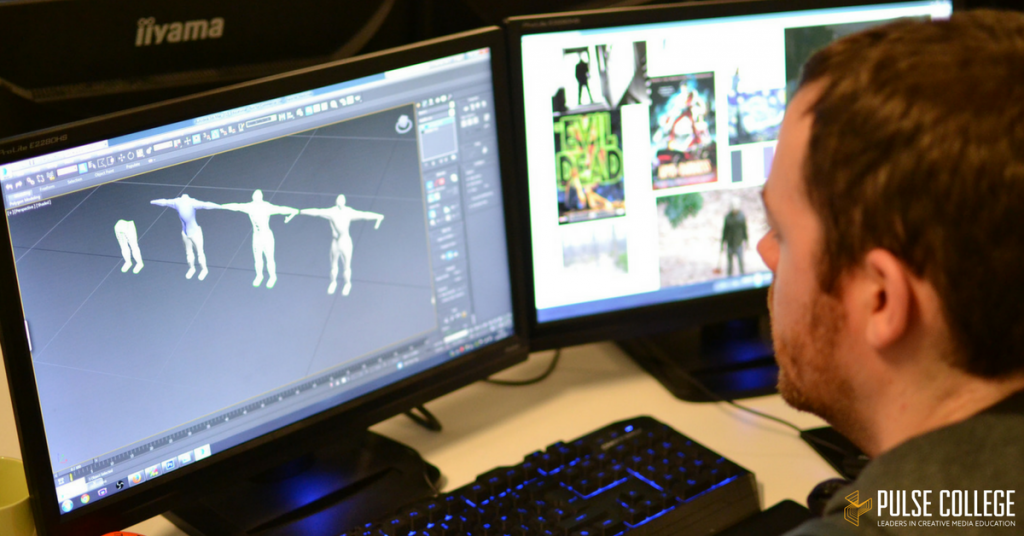 When it comes to making a video game, it takes a bunch of different people to make a hit. Game designer and game developer are two very similar job titles you hear getting thrown around and many people assume these terms mean the same thing. Both titles are alike, but the jobs themselves are quite different and students are generally drawn to one role or the other.

Here’s a run-down on the responsibilities of each position so you can get a handle on what’s likely to be a good fit, given your own skills and interests.

The best game designers are often creative people and they blend a number of different skills together ranging from programming to graphic design and including animation and art. Designers dream up all the ideas that are behind the game itself and often help come up with the games story. They design the initial framework and set out the flow of the game.

Creating the initial framework is a critical part of the job for a designer and it can often make or break the success of the game. Depending on the size and scope of the project, designers may be split into teams to manage different parts of this process.

Experienced game designers can also be involved in the scriptwriting of the game. There’s lots of different aspects to this role so it’s a pretty exciting job!

Not everyone who becomes a game designer has completed a design or arts degrees but the vast majority of really good designers have studied some form programming. Getting on top of the language behind the games is important to being comfortable in the role.

There’s tonnes of great game design blogs out there so if you think it’s an interesting area – it’s well worth reading around the best of the industry blogs.

So what are the main skills a game designer needs?

Equally though – just because you play games, it doesn’t mean you’d be a good designer or that you’d enjoy the work. The best way to find that out is to start playing with design tools and tech. There’s loads of free stuff out there and the more you enjoy that process, the more likely it is that a career in game design will suit you.

Game developers are essentially programmers and focus more on the technical aspects of making the game. They have a deep understanding of all the different languages used in game development and are really considered to be a software or computer engineer. You’ll need to become an expert in languages such as C++, Perl, Lua and more.

If you decide a career as a developer is the right one for you, you’ll be writing the code that makes the game work and it’s likely that you’ll end up working as part of a team of developers. Often part of the job also involves going back and fixing bugs in games that are already released, to help them run more smoothly.

Programming languages are constantly evolving so having a thirst for knowledge and wanting to keep up with the latest trends is pretty much essential.

The job involves gaining a serious understanding of programming so you’ll generally need some formal education to land that dream job with an exciting company.

If you’re not sure programming is the right way to go you could try a short game development 101 course or intro course and get a better feel for it.

Seasoned game devs can go on to earn the big bucks when they have mastered all the areas and become coding geniuses!! But you’ll need to have some core skills to succeed….

Ok, so we hope the difference between a game designer and game developer is a little bit clearer now! If you’re interested in learning more about either design or development drop in to an open event at Pulse College. This will give you the chance to chat with our lecturers and students, ask plenty of questions and find out about life at Pulse College.

Register For Our Open Day