The Stages of Game Development: The Fundamentals 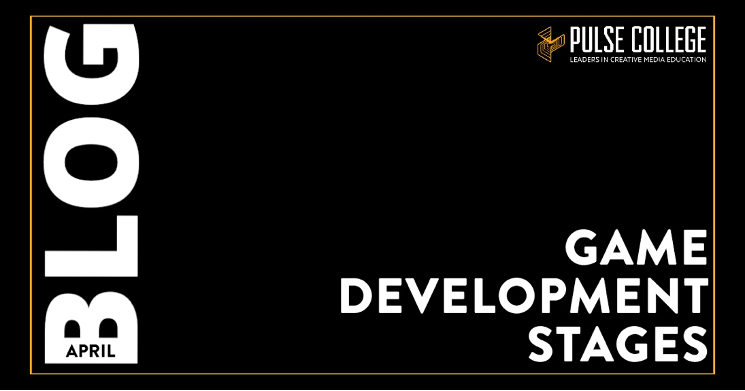 Every game goes through a certain process to become the final product that you enjoy and play. Depending on the game and the project at hand, this process may vary from game to game. That said, games generally go through the same key stages.

What is Game Development?

Game Development is the process in which you make a game. From the initial idea to the end product – this is collectively known as Game Development. Throughout this journey, there are many different touchpoints and different roles from game designers to game developers (Know the difference? Check out our post on game developers vs game designers).

In the game dev journey, you must also take into account the people you’re reporting to and collaborating with. Whether that is your company superiors, potential investors or colleagues – there most likely is going to be individuals who want to know what the plan is and with that – the different stages of game development.

So with that covered – let’s go through the main stages in making your gaming project a reality.

What are the stages of Game Development?

1 The Initial Idea or Concept

This is self-explanatory. What is the proposed game about and why does it matter?

Questions to consider are at this stage are:

At this stage, initial art design & early prototypes can be invaluable. As they say – it’s better to show than tell. This is critical in getting the idea approved and leads nicely onto the next stage.

Once you’ve identified the big picture idea and what that looks like – you need to start considering the logistics and practicalities in making this a reality. What does it take?

For the team and wider stakeholders in the project – the time & money required are going to be big factors in scoping the overall project. Questions to consider:

In particular, during the scope of game development – you need to really be clued in on the following:

While there is no exact science and it’s very much contextual – it’s important to break the this development period into tangible and realistic deadlines. Many project milestones are very much customized while others might run in bi-weekly or monthly deadlines.

One big milestone for example, is projecting when the project will be alpha or feature complete i.e. fully open for testing through quality assurance.

On top of that, it’s also integral to think about the overall project management. Will you be taking more of an agile or waterfall approach? – (i.e. incremental & iterative vs linear & sequential?).

Knowing the ‘how’ from the get go – allows everyone to be on the same page. Also as a side-note – transparency and clear communication will inevitably help the project run much more smoothly.

Creating a high quality game involves a lot of moving parts and critically a lot of skilled and talented people. It’s during the scope of a project that you must identify what roles need to be filled and when. Most likely there will be 3d modelling, 2d art, animation, design, engineering etc. The game type will have its own complexities and nuances and so inevitably informs the decision making around the team. 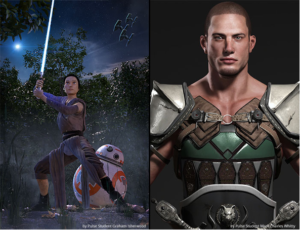 Ok you’ve got the idea and the all the details worked out. Now it’s time to get to development? Well not exactly. Depending on the game and the project – your concept and pre-production might be the same stage and other times – they might be different. Either way at this stage – it’s vital to get the first prototype up and running. At this point in time, the team is limited when developing the initial prototype.

Similar to a lean start-up idea – you get just enough of the project started to see what it’s roughly going to look like. And critically to make sure everyone is on the same page. There is no point going through mountains of work only for it all to be scrapped. Once you’ve got the ok from the powers that be – it’s full steam ahead.

This is where the fun begins and by far- the most labour-intensive part of the game development road. This challenging stage can take up to several years. From a continual refinement of the story to the creation of assets and coding – there are many parts to this stage.

The production stage is a continual evolution of the game. As the work is done – the game is tested and refined further (more on this stage below). With comms and collaboration across different departments – it’s a full on effort from the whole team.

So what happens during production?

As mentioned, there is continuous testing & refinement of the game. This is fundamental throughout the process for quality control and ensuring a top-notch end product. The immediate goal is getting to a point where it’ll be ready for an alpha release. However, this takes time. During the alpha state – there is lots of testing and quality assurance.

These tests include ‘playsters’ running hundreds of tests (and more) to try and break the game while others will simply determine how easy or difficult the game is. This is critical in determining the overall ‘fun factor’. If the game is so easy it becomes boring, and people won’t play -likewise if it’s too difficult – people will give up and lose interest.

From here, the alpha stage will then progress to beta version with a small group of users. And finally, it’s ready to be released!

Getting to the point of launch and seeing your game hit the market is definitely a celebratory moment for everyone involved in the process. However to reach this monumental milestone – the months prior are typically spent debugging the errors identified during the testing phase.

Last minute changes might also occur to add little details and depth to the game. Once these glitches are ironed out – it’s ready to be released and distributed to the market.

The game has been approved created, tested and shipped. In the post-production phase, it’s now just a case of maintenance through fixing any bugs or other issues that may occur.

There might be a follow-up with the team to see how it went and what was the overall learning experience. What could be improved, what could have been done differently etc? These types of reflective questions in the aftermath allow for a deeper analysis and understanding – all giving a more efficient and streamlined approach for the next gaming project.

As a very dynamic and fast moving field – game development is a very rewarding career. If you’re interested in getting into this world – check out our game development course. People who love to learn – think immersing yourself in  game design blogs etc are often the best equipped for this adventure.

If you’ve any other questions about any of our courses – please get in touch with us.