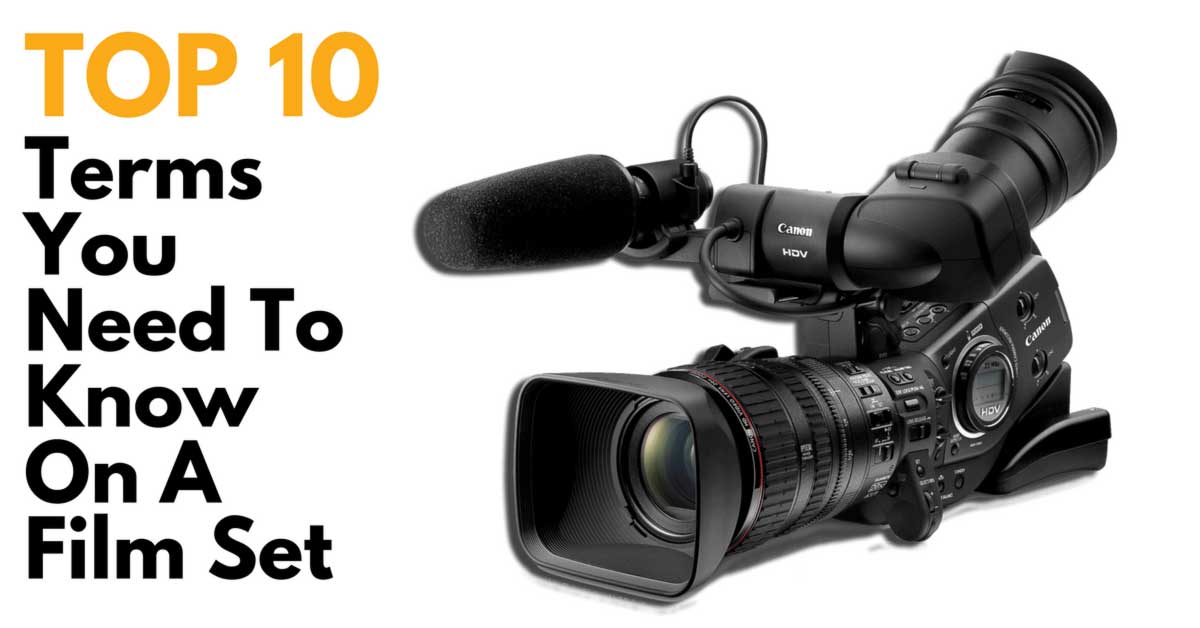 The first day on a film set can be daunting experience. Everyone’s running around in perfect sync using terminology you’ve never heard before in your life, right?! Well don’t worry we’ve all been there and once you’ve picked up a few industry terms, it’ll seem like you’ve been a member of the crew for years! Here’s our little list of 10 Key Terms you need to know for your first day on set.

This one’s a bit of a mouthful so you’ll probably want to just say ADR. Sometimes the actors will perform a great scene but there’s been a slight issue with bits of the dialogue recorded and the director will decide to record bits of it again later. This is called ADR.

Occasionally the film studio will decide they need ADR to remove swear words from the script so the film can be shown on TV or in certain countries that have restrictions.

An Assistant Director generally puts the call sheet together and it contains info such as:

There’s often minor changes to script throughout filming. These are passed to the actors in what’s called change pages. Traditionally these are printed on different colour sheets to highlight the updates.

A clapper is used to show key info such as the date, scene and take etc. Here’s something not everyone knows……the clapping noise created by the wood is used for syncing audio to visual. High tech or what?!

Any of your college buddies studying audio engineering will be extremely familiar with these guys. A boom is a type of mic used to record the actors dialogue. You know the ones on the long pole with a small furry animal hanging on the end?? That’s them! The furry bit is actually used to block out the wind if recording outside – comes in pretty handy in a place like Ireland!

This is very raw footage of takes that the director and producers review first thing in the morning. It gives them an overview of the previous day’s work.

If they’re looking upset during playback – run and duck for cover!!

Directors use a green screen to replace the background so that actors can be “placed” in another location. It’s also very popular for adding special effects.

Steadicam is a bit of equipment used by camera operators to stabilise the recording when they’re moving. The camera is attached to a harness that keeps the camera steady.

After the filming is finished the director may decide to go back and grab a few little extra shots they feel will add to the final project. Pickups are usually very minor shots – anything much bigger is referred to as a re-shoot.

That’s a wrap!! End of filming – usually for the day but it could also be the end of the whole film shoot.

And that’s a wrap for our little list! Best of luck on set and hopefully you will make all the right noises now in terms of the lingo!

If you’re interested in learning more about film production feel free to drop us a line.