What’s the difference between a Film Score and Film Soundtrack? 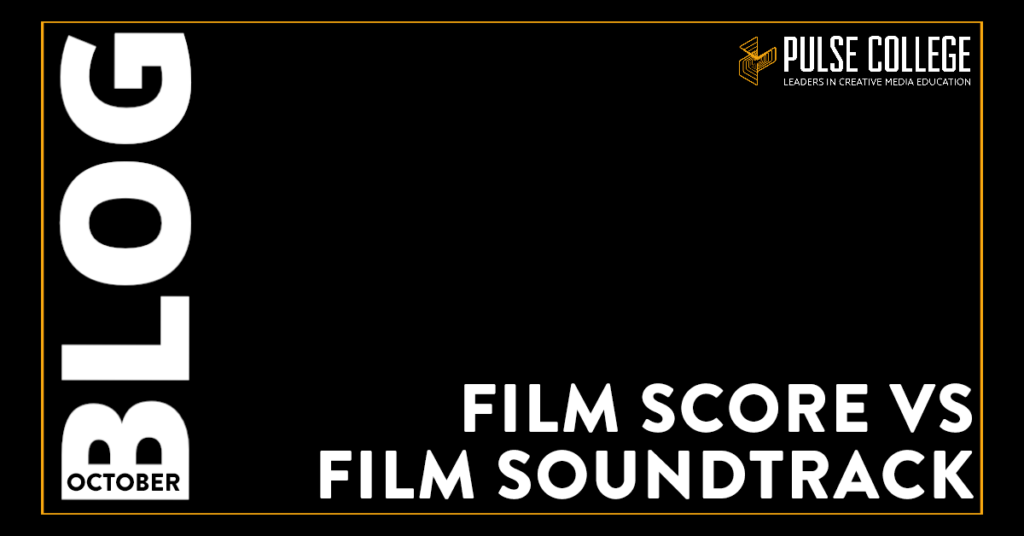 The sound of a film is an essential part to the storytelling process. Whether it’s a score or soundtrack, music can create visceral like emotions and memories when done in the right way.

It’s often the difference between a good film and a legendary film.

So, what is the difference then between a Soundtrack and Film Score?

The main difference between a film score and soundtrack is film score is original and usually instrumental music composed specifically for the film, whereas a soundtrack is a selection of songs that typically exist prior to filming to be used in the film.

Let’s unpack that a little more…

What is a Soundtrack?

A film soundtrack is a selection of recorded songs that accompany the movie. They can be original or pre-existing and are often used as an indicator to how characters feel during certain moments in the movie. A good soundtrack may have one or many different genres mixed together for added enjoyment; but remember: not everything needs its own song! When to add music vs when to have silence is a key skill behind the scenes of production.

Classic Soundtracks include Films such as Goodfellas, Pulp Fiction, Dazed and Confused, Trainspotting and many many more.

What is a Film Score?

A film score is the original music that accompanies a movie. Typically, it’s written by professional film composers who are hired for each production. They heighten emotions to create a mood through sound effects or dialogue on screen. The composer works meticulously in writing these pieces before recording them onto instruments. The film score can vary from a simple light background music to the most climatic moments in a film.

Again, there are literally too many Film scores to mention. Some of the classics include Star Wars, Jaws, The Godfather, Casablanca, Indiana Jones, Back to the Future and more.

Which is Better a Film Score or Soundtrack?

It’s like comparing Apples and Oranges. They can be complimentary, but it is very contextual and depends on the project. Ultimately both add greatly to the end product when done in the right way.

The best film scores and film soundtracks have one major thing in common: They make the movie better and help convey the story and mood.

If you are considering a career in Film Score Composing, then consider the masters in Scoring for Film, TV & Interactive media.

Our course has been meticulously designed to nurture the development of strong, individual creative voices – ready to contribute stand-out original music to feature films, television, and all forms of interactive media.

Housed in the iconic and world class Windmill Lane Recording Studios – this course is created to provide you with the space, support, guidance, and individual mentoring necessary to develop a recognisably personal compositional voice.

However, to be eligible for this course, previous compositional experience is essential, and the minimum expectation is defined in terms of a substantial composition portfolio within an undergraduate music degree.

For Full details – check out MA in Scoring for Film, TV and Interactive Media. 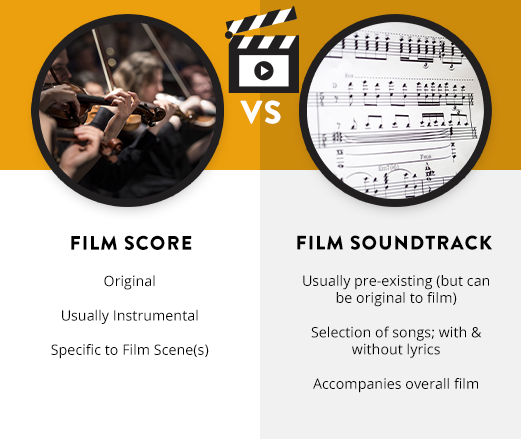 Both the score and the soundtrack are valuable assets to any Film production. Whether one or both are used in a film – it totally depends.  If you are in interested in combining  the best of a career in music and a career in film in a very rewarding and exciting field like film scoring… then please get in touch with us.

Discover How to be a Film Score Composer