How to be a Film Score Composer? Everything you need to know 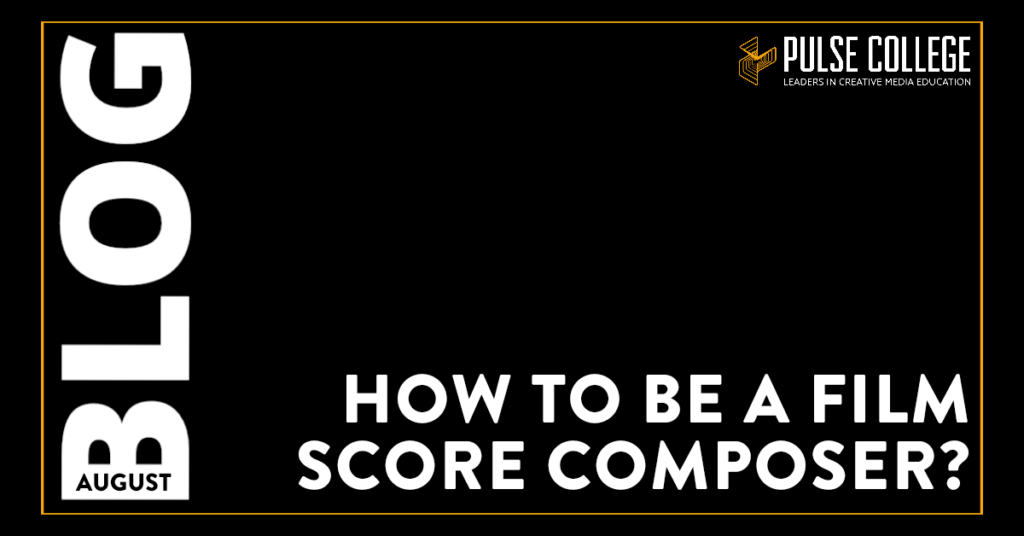 That same film you watch, without the music  – never has the same punch does it? A musical score gives a film a narrative and emotional intensity that can make it legendary.

And behind this rewarding and challenging craft are Film Score Composers.

If you are reading this because you’re seriously considering a career in Film Composing, then we’ve good news.

In this post, we go through what it takes to be successful in this career choice… and how you can fast track your progress greatly.

But first, let’s get back to basics.

What does a Film Score Composer do?

In essence, a film score composer writes the score. This is the sum of all the original music going into a film.

Storytelling is at the heart of this craft. How the music interacts with each scene and shot is a highly skilled and thought out process.

That said, film score composing is not a stand-alone activity as you will work with others in making it happen. You will likely work with

How Long does a Film Score project last?

While every film and project will vary, in general a film will have roughly half its duration requiring background music. So for example, a 2 hour film would require a 1 hour score.

While film usually has a more open-ended deadline than say working in tv, the project length can work anywhere from 2 to 4 months. (Although TV schedules tend to be more compact than Film; both are generally simpler than composing for video games which can be a much longer processes as the stages of game development are quite detailed). 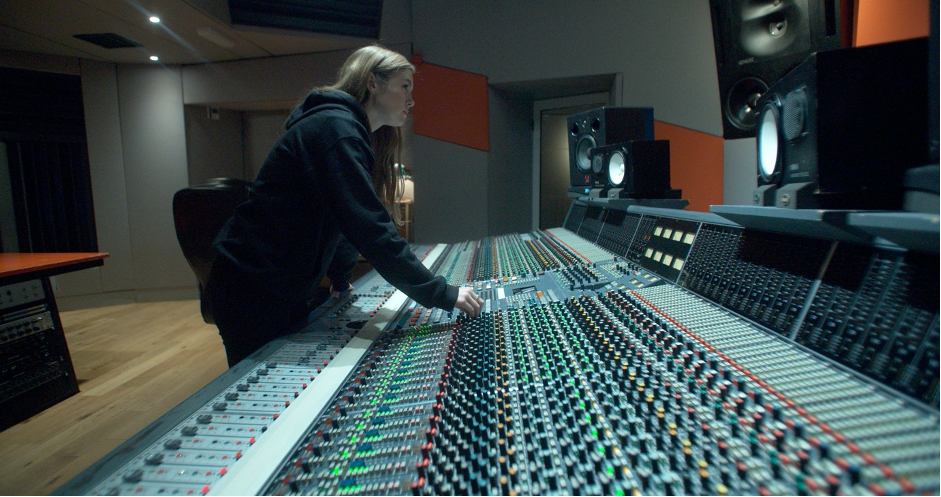 How to be a Film Composer?

Ok, so you have the gist of what the job entails… but how do you become a Film Composer?

Well let’s first acknowledge the elephant in the room.

Film Score Composing is a competitive field. And rightly so. The opportunity to emotionally impact an audience through the interweaving of music in film is an amazing thing to do.

So naturally, there will be others interested in emulating this. That being said, with the right attitude, approach and training you will be well on your way to becoming a film score composer.

So let’s make it happen. Here’ what to do:

Develop a breadth of skills

By focusing on acquiring a range of skills and knowledge – you are going to improve your own domain level knowledge and creativity thus giving you more options.

So what does that mean?

You like classical? Great.. but delve into Rock, Pop, Hip-hop etc. Everything helps and informs each other. Having an interest in a wide range of musical genres broadens the mind and gives you the big picture view when it comes to making the best musical decisions.

Seeing how the elements of music such as melody, rhythm, harmony etc interact and contrast is a very valuable ability.

Do you think it’s a coincidence that the legendary composer Hans Zimmer is a multi-instrumentalist?

Furthermore (and this is critical) don’t forget about the other half of film composing – Film!

Be interested in Film – watch and study it. There is a wealth of information online. You can access interviews with directors, documentaries on how a film is made and more.  You can try editing, lighting, making your own stuff. The goal here is not to be an expert film producer but rather set you up for success in the long term. 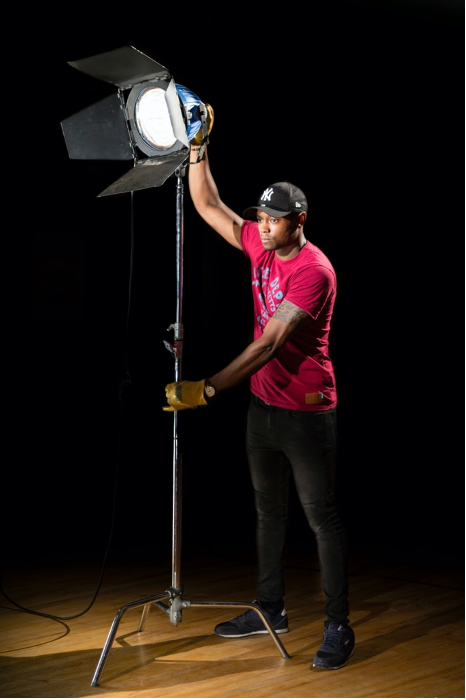 As David Epstein in his book range put it:

“The challenge we all face is how to maintain the benefits of breadth, diverse experience, interdisciplinary thinking, and delayed concentration in a world that increasingly incentivizes, even demands, hyper specialization”

So by knowing a lot about different genres and the different aspects of film is only going to make you a better film score composer for the long term. It will also enhance your working relationships and ignite creativity and those oh so important ‘aha moments’.

So for example, say you are talking with the director – you can communicate effectively, understand their challenges and ultimately provide better insight into how the scene and the music play out together. As a lifelong student of film and music, you will know that music often moves in the same direction as the camera – so a wide shot might mean ‘wide music’ and thus longer octaves.

Because you know how things relate to each other, things are much more likely to click. This is a core benefit to broaden your skills and experiences.

You don’t work in a silo.

This leads to the next point.

Remember any given project will involve a lot of different skills and thus different people and personalities. That means, many different potential contacts. As the saying goes – People hire people they know and like.

So on a practical level, that means putting yourself out there. Go to meetups, join social media groups, consider internships and shoulder jobs (more on this below). Depending where and when you read this; you might be forced to network online. But that’s ok too.

The important thing to remember is to put yourself in a position to win. You’re not going to get those insights or golden nuggets of advice by not putting yourself out there socially.

Then when the next opportunity rolls around, you are much more likely to be considered.

In the marketing book, ‘The 22 Immutable laws of marketing’, The authors have this to say on the second law:

‘The Law of Category’ states that if you can’t be first in a category, setup a new category you can be first in’.

Obviously, there are other laws and nuances but if everybody is trying to be the next John Williams or Hans Zimmer – you are joining a very long line.

The reality is there are many mini niches and markets that you can carve out a rewarding career in. While you don’t need to setup a new ‘category’ per se, you can be number 4 on the list – instead of number 4000 in a more competitive field behind all the other budding film score composers.

This doesn’t mean that you can’t end up working on that Hollywood picture in time, but at first, it could be strategic to literally divide and conquer. Through narrowing the focus, you are giving yourself a better shot.

Ok you might be thinking that sounds great, but isn’t that the opposite of focusing on a range of skills as above?

A range of knowledge will help you in most projects. Yes, there may be a point in your career where you may want (and need) to narrow the focus – but that doesn’t mean the permanent exclusion of learning other things. The industry is multidisciplinary which requires holistic thinking and skillsets but at the same time – your approach in the job market may require a nuanced and ‘specialised’ market.

While this article focuses on Film Score composing, there are many opportunities in TV and gaming too. Making the jump from industry or specific role is more likely to happen once you’re in the door. Of course, this all hinges on the following:

This may sound obvious but all of the above is kinda pointless if you are not very (very) good at what you do. That means a life-long commitment to learning and improving your craft.

This mentality is necessary to get into the industry but critically to stay in it and be successful for the long-term.

And it’s not just a focusing on a range of technical skills that you will need – an entrepreneurial skillset and mindset is a big asset. The ability to focus on solutions and not problems is fundamental.

This and developing persistence to go through the inevitable ups and downs will aid you. Whether that’s actually your search for the next role or even in a project itself – being persistent is a non-negotiable.

So what is one of the best ways to get yourself ready? And develop the required hard and soft skills to make it as a film score composer?

If you are serious about your development, a specialised film scoring course led by world class professionals can give you the edge.

Consider the MA in Scoring for Film, TV & Interactive Media

Our course has been meticulously designed to nurture the development of strong, individual creative voices – ready to contribute stand-out original music to feature films, television, and all forms of interactive media.

Housed in the iconic and world class Windmill Lane Recording Studios – this course is created to provide you with the space, support, guidance and individual mentoring necessary to develop a recognisably personal compositional voice.

However to be eligible for this course, previous compositional experience is essential, and the minimum expectation is defined in terms of a substantial composition portfolio within an undergraduate music degree.

For Full details – check out MA in Scoring for Film, TV and Interactive Media.

Film Score Composing brings together the best of a career in music and a career in film in a very rewarding and exciting field.

If you have previous compositional experience and are ready to level up your skills, then please get in contact with us for more details on this exciting opportunity.