Why work in Film Production? 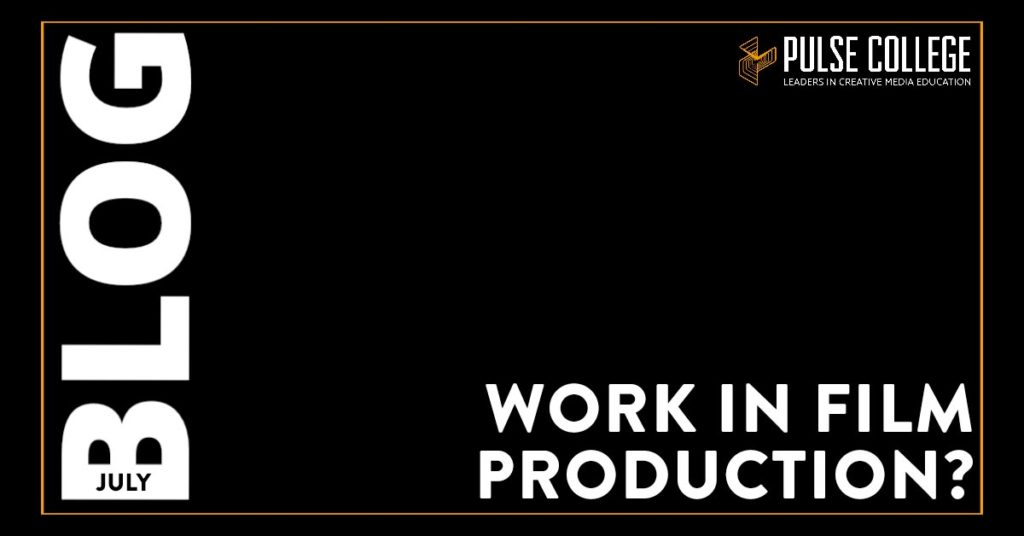 Cinema has always played an integral role in holding a mirror to society and acts as a powerful medium for human creativity and expression. From the 2-second-long earliest surviving motion picture – Roundhay Garden Scene – dating back to 1888 to the high-tech blockbuster films of today – the film industry has always been seen as a fun and exciting career.

The global pandemic of Covid-19 showcased the importance of entertainment and cinema like never before. While we were all quarantining in our homes – it was film and arts that helped us keep our spirits up and entertain ourselves as we waited for better days.

What was even more so apparent, after the lockdowns and closing of businesses and film productions, was today’s societies hunger for constant fresh material. Even with over a century worth of film to choose from, the public will always have an appetite for new and modern film.

Working in the film industry can be an extremely exciting and rewarding career path. Whether you fancy yourself on the silver screen, have an endless stream of story ideas you want to turn into screenplays… or have a knack for directing people and bringing a story to life – the film industry could be just the thing for you!

So, why work in film production?

Besides from being able to tell your friends and family you have one of the coolest jobs there is… there’s a long list of benefits that working in film production can offer. Let’s take a look at some of the top reasons why:

Perhaps one of the most personally rewarding reasons is that the art of filmmaking requires you to embrace your creativity and express yourself as you envision it. You’ll have the freedom to showcase your talents and your vision for the world to see. 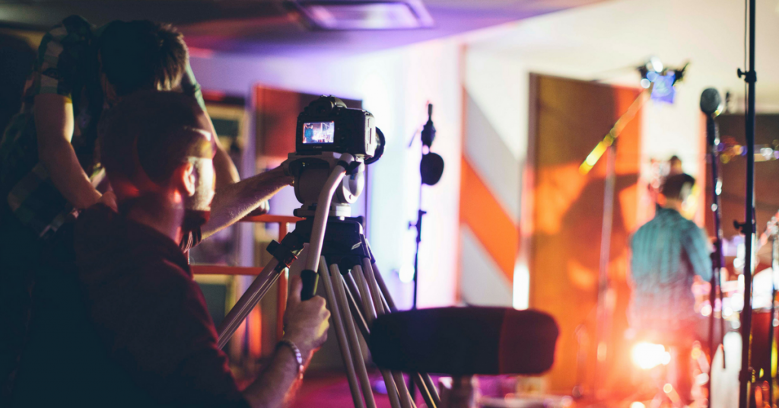 If you enter the world of film production – you are sure to meet many people in the industry who have ambitions, dreams, and similar mindsets to yourself. So, if film production is something you are passionate about – it can allow you to meet and connect with lots of like-minded people. People who share in your dream of story-telling, and artistically expressing themselves.

Those who you surround yourself with day in and day out can have a major impact on your overall job satisfaction. While of course, it’s not the be all and end all.. but it sure does make the experience a whole lot more rewarding!

A Combination of Many Different Art Forms

If you’re a lover of the creative arts, working in film production can be extremely interesting. The process of bringing a film project into fruition requires so many different types of creatives. Not only will you get to flex your own artistic muscles, but you get to witness the work of costume designers, scriptwriters, actors, make-up artists and so much more. These range of roles and personality types allow for a for very engaging and interesting work life.

Working in film production can mean no two days are the same. It can bring you to exciting locations around the world and certainly keep you on your toes. While, there are of course some elements of routine to every job,  every project you work on will be an entirely new story and vision. This means you will constantly be needing to come up with fresh ideas and ways to make them happen.

This can mean early mornings, long days and even months away from home working on location – but if your heart and soul are in it, you’ll definitely love it! – and you know what they say… if you do what you love, you’ll never work a day in your life!

Films are huge projects and simply can’t be made with one person. Sure it may be for example Steven Spielberg’s name in the spotlight, but behind him is a whole crew of people who made the film possible.

Now this isn’t anything like the group school projects you remember, where one person carried the whole team… In this industry, people are there because they have a passion for storytelling, and in this industry, you have to prove yourself to keep getting called back for future projects.

So, everyone involved is bringing their A game. Could you think of anything more exciting then collaborating and getting the creative juices flowing with other creatives?… all with the same goal of creating something to be proud of?

Film can truly be a very exciting career.

What kind of jobs are involved in Film Production?

As you probably noticed already there is a wide array of job opportunities within the film production industry. If it’s being a part of the storytelling process, going down the path of script writing could be for you. Or maybe it’s the production side of things that you’re after and so perhaps you have your sights on becoming a film producer. This is a highly rewarding position and one that oversees the entire vision for the story and manages the entire team in bringing the final cut to screens for the world to view.

Whatever your particular area of creativity may be… the path of film production can offer you an extremely rewarding career and satisfy your need for creative expression.

One thing is for certain.

So… from amphitheatres back in Roman times to the big or small screen – the demand for your art isn’t going anywhere.

If you’re interested in learning more about TV and Film Production  and are asking yourself about how to get into the film industry  – check out our range of courses and come along to an open day for a chat.

Discover How To Get into the Film Industry