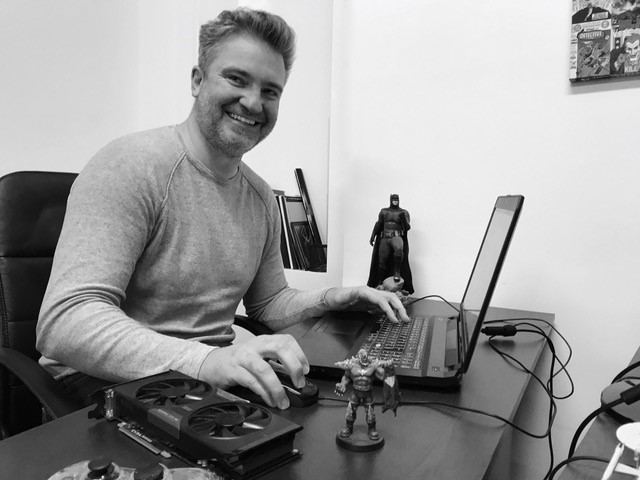 Game development has come a long way in the last decade and has crept into all sorts of industries and aspects of our daily lives without many of us realising it.

We recently caught up with Joe Roe, Head of Game Development Courses at Pulse College, to get his view on how things are evolving….

Joe, what game development trends have you noticed over the last year?

One thing that I’ve certainly noticed in Ireland is a lot of crossover between the Animation and Game Development industries. It’s been well reported that the Irish animation industry is booming over the last number of years and we are seeing game engines being used in animation studies for pre-vis and for setting up test shots.

In fact, this is happening in both in animation and film studios, for example with the latest Jungle Book movie it was visualised using the Unity Game Engine.

I think from a student’s perspective this is really quite cool because if you’re not sure if you want to be a game animator, game developer or an animator and work in film you don’t have to be so tough on yourself to choose straight away.

People are more and more dipping in and out of both industries as projects come up. So, here at Pulse the animation course lecturers and game development lecturers keep in constant contact to see how we can find opportunities for our students.

The game industry keeps on growing and evolving and last year was estimated to be worth a whopping $138 billion!!

We heard you were rubbing shoulders with NASA earlier this month….

Yes, the rumours are true, Eoin McCauley, a senior animation lecturer, and I were lucky enough to be invited to the American Ambassadors residence in the Phoenix Park where the chief technologist from NASA was speaking. He mentioned that a lot of the technologies that NASA are using are actually games related.

The hardware that is needed in games is a driving force pushing companies to bring out new even more powerful technology that can be used in simulations, training and engineering environments.

As games become more demanding the hardware that runs them has to be more powerful and also shrink in size as it needs to fit inside devices like mobile phones and handheld consoles.

It’s not just NASA though lots of industries are seeing the opportunities game development can bring to the table….

I continue to work freelance on game development projects which keeps me right up to date in terms of what’s going on. You’d be really surprised nearly every industry is looking at how they can gamify elements of their business or make something they are working on look and feel more like a game.

For example, I’m currently doing some work for an architectural company who are using a game engine to visualise and prototype architectural structures and buildings and place them in environments that you can do explore virtually.

Blending both game development and architecture will let them see what a house might be like from the inside before it’s even built. Pretty exciting stuff!

Games and education are now big business. Developers are not only using game methodology to entice students to interact more with the subject matter but are using game engines very innovatively to deliver the content.

Last year I worked on a project for Adaptemy where we built a junior cert science app that allowed the students interact with molecules and elements. This was all done using game tech and game visualisation. It was also possible to measure the interaction by students and get lots of data through a game style point scoring system.

Across the board in education tech companies are getting into digital badging, a game scoring metric, where users get a badge for doing a certain number of tasks etc

Yeah it sure is. Fitbit is a good example of this. Owners of a Fitbit device will be notified with a digital badge in their app and email for a whole range of things: steps, stairs, distance travelled etc and it all has a game approach to keep people interested and coming back for more.

Recently I worked with Cortechs who were developing an interesting solution to help children with ADHD improve their attention and relaxation levels. The user wears a headset with a tracking system that measures brainwaves and is tied into a mobile device via Bluetooth. The idea is that you control elements on the screen by focusing a concentrating on them. By being able to focus for longer periods of time and tracking the improvement it helps attention deficit in children.

So, ultimately games are now all around us and it’s a very exciting time for developers. For anyone who thinks they might find it an interesting career there’s certainly lots of opportunities our there.

This summer we’re running a Game Development Introduction Course so, you can dip your toe in the water! It’ll be running from the 24th June – 5th July and we’re going to be looking at how to create a first-person shooter game using the Triple-A game engine. If anyone has any questions, please don’t hesitate to get in touch.