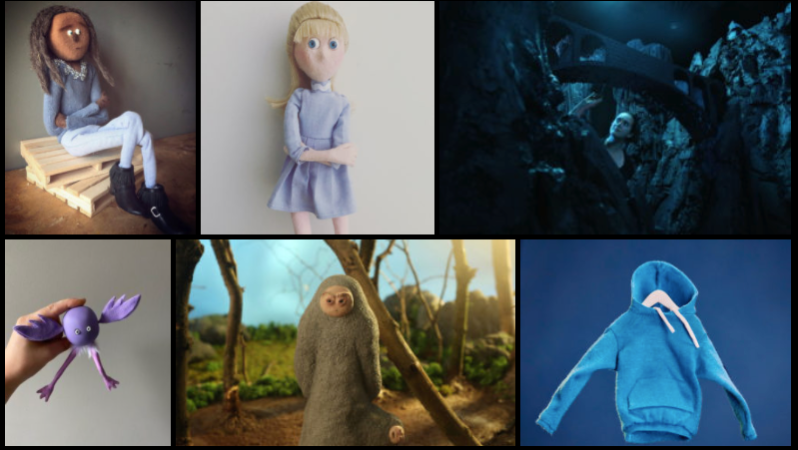 In this post we’ll look at the importance of puppet fabrication and it’s role in stop-motion animation. Let’s kick off with the basics….

What is puppet Fabrication?

Well in simple terms it’s the action and process of creating & manufacturing puppets. There can be a lotta different processes involved in creating a puppet. Depending on the set-up – it can take up to 30 people to make just 1 puppet.  The process and art of puppet fabrication has a long and important history with stop motion animation.

What is stop motion animation?

Essentially it is a filmmaking technique in which objects are moved in very small amounts. Each time the object is moved – it is captured in a frame. This is repeated again and again. Every time there is a movement – there is a picture. All this means that when you play back through the frames – it gives the illusion of motion. Thus the term – stop-motion animation.

This is a very meticulous and time intensive process. On average it takes 12 frames (or pictures) for every second of video. Generally the bigger the movement with each frame the quicker the motion. 12 frames for a single second – it’s a delicate process – think about the work involved for a 2 hour film! Amazingly the fundamental principles of stop motion animation are the same now as when they began well over a century ago.

Are there other types of stop-motion animation?

While puppet animation is a key type of stop-animation, there are other types too. These include:

A Brief History of puppet Animation

Puppets and stop motion animation have a long history together. The film ‘ The Humpty Dumpty Circus’ in 1908 is generally accredited as the first stop-motion animation film that features puppets. Others cite the ballet master of Saint Petersburg Mariinksy Theater, Aleksandr Shiryaev as creating the world’s first puppet animation film in 1906.  Regardless of the origins it’s safe to say that it has been a long road and it’s still unwinding.

As the years went by, the world of cinema has seen the use of puppet animation in some iconic films. Check out King Kong, as below, in 1933. This particular film used a combination of stop-motion for Kong with live action footage of actors.

Sometimes because of the radical advances with film technology, including ‘computer-aided animation’ techniques…some consider stop-motion a dead art-form. But that’s simply not the case. It is of course laborious and it takes a lot of time but its certainly still very current.

In fact, there are many reasons why you should learn about stop-motion. One of the most important of these is that if you are a student of film or animation, it gives you a great understanding and appreciation of the fundamentals. For anyone considering a career in these disciplines, developing a holistic appreciation of the field can contribute to an informed approach and a rewarding career. Not least because Standing out from the crowd is key to building a profile within the world of animation (and useful for any career).

And what about Puppet Fabrication in the world of Stop-motion Animation?

It’s delicate. Every puppet and every micro-movement and expression is thought out and examined for every frame. In order to create a puppet that is visually appealing and animation ready is an art in itself. From facial expressions to a change in background and props, there’s a lot of variables that go into successfully fabricating a puppet that has true character and is animation worthy.

Being able to pre-empt any potential issues like a broken finger or if a head falls off is also part of the job! It’s for this reason that modern productions don’t just mould a whole body but rather they mould many different parts. So if a hand breaks – there are replacements on cue. Likewise the puppet will probably need a wardrobe of different shoes and clothing accessories and all of this needs to be carefully planned to make sure the right assets are available for each scene being animated. Also, as shown in video below – if a puppet requires a different facial expression for a different shot – this typically means that a new face is required. Depending on the animation and the puppets character, there can be hundreds of facial expressions – and therefore faces – needed.

Why puppet Fabrication is an art (and challenge)

Puppet Fabrication has many different moving parts in order to produce something that is ready to go for animation. It’s for this reason that it’s often considered more demanding than a real life person as they require a lot of prep and work. Remember we said it takes on average 12 frames for a one second shot!.

A person can change their body language and facial expression instantly without much effort or thought (at least the decent actors & actresses can!) A  puppet however, requires a lot more prep. Can the skeleton of the puppet and the material on the skeleton manage a certain movement? What does a certain action and change mean from a practical point of view? It’s complicated!

How do you make an animated puppet?

At a most basic level – a stop motion puppet can be a single string of wire or even cut-out paper pieces. However you can literally try that at home! What’s more interesting is making industry standard puppets that are used in modern stop-motion animation, right? Ok, then we have something very exciting that you may be interested in.

Introducing our short course on Puppet Fabrication with Jennifer Kidd

This 6 week course is a great opportunity to discover the world of Puppet Fabrication… and what it takes to make and produce industry standard puppets. The short course is led by the experienced tutor Jennifer Kidd who has worked on a number of stop motion animation commercials, kids tv series and feature films such as ‘Chuck Steel: Night of the Trampires’ and ‘Isle of Dogs’. Jennifer has worked in both the puppet fabrication and puppet maintenance departments for these productions.

Here is a quick overview of the course content over the 6 weeks:

Finish fit and treatment of fabric for animation

Rigging and discussion on external rigging and animation.

It’s all online and very practical (all materials required will be made available to the students) Now is your opportunity to get you started in the stop-motion world. To sign up, please check out our course page.

Puppet Fabrication is a very meticulous and skilled art form for stop-motion animation. As an art form, there are a lot of moving parts to bring the puppets to life (pun intended).

Getting the fundamentals down in this classic animation format is a worthy endeavour for any budding animation enthusiast. If you have any questions about the puppet fabrication course or our courses in general – then please get in contact with us.