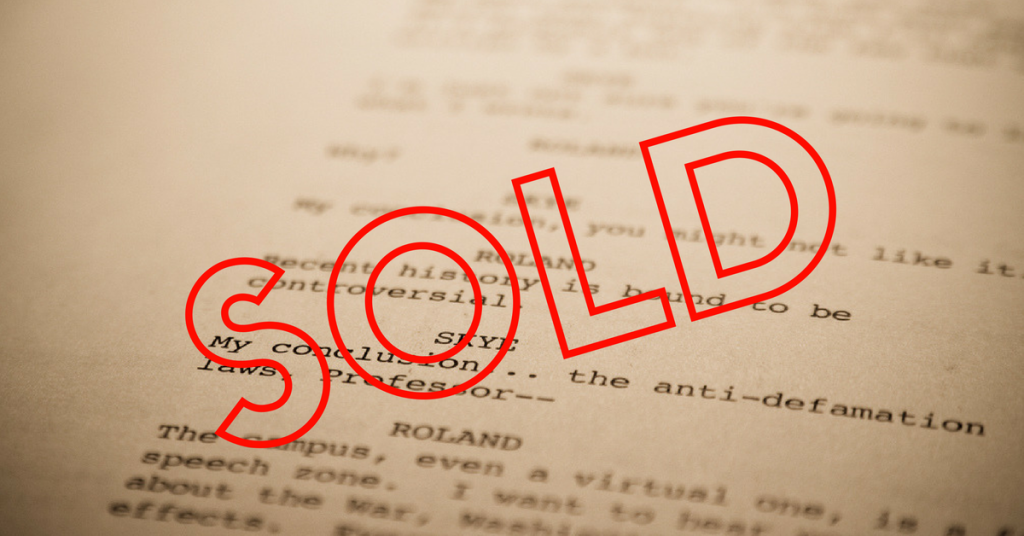 You’ve just put the final touches to your script and now and you want to pitch it! Writing a classic film script is a tough but really enjoyable process that takes a lot of dedication. From the moment you sit down in front of that blank page until your final full stop you will be fully immersed in your script. It’s a great experience and for many, it’s quite a personal one.

Now that you’re done, you might want to pitch it to some industry professionals and hit the big time! Here’s some tips on how to nail your pitch.

When you’re pitching a script, you’re basically trying to compress your story into a short period of time.

In this case let’s imagine you have a 5 or 6 minute pitch slot.  You’ll need to keep the same proportions for your pitch as for your script – in other words your pitch should reflect the script pretty closely.

Let’s break it down a bit:

If you have written your script traditionally you’ll have:

To make a killer pitch follow the same pattern:

This approach makes sure all elements of your script get a proportionate amount of time. Tell them what your story is about, not what happens in the story – get them excited at the ideas in the script. Think of it like a trailer, it’s a highlight reel of your script.

Prepare yourself and plan out your presentation in advance and give it plenty of practice.

What Genre is your Script?

Give the audience some context by telling them the genre of your screenplay. Tell them at the start to set expectations. Nobody goes to a movie without knowing what kind of a movie it is and in the same way a studio exec or producer will want to know the kind of pitch they are about to hear. In fact, they may be drawn to one genre over another.

So is it a science fiction, comedy, horror, romance, action? If you’ve gotten this far we’re pretty sure you know the answer and identified your genre way back when you were carrying out your research. If you’re still looking to narrow it down a bit take a look on IMDB or Rotten Tomatoes and see how they classify similar projects. Keep an eye on sub categories – for example instead of just ‘comedy’ maybe it should be ‘dark comedy’ or ‘romantic comedy’.

Can you pitch your idea in one or two lines?

Every film or TV show that has been made can be summarised into a one sentence logline. Spend plenty of time working on this – sometimes you’ll need to do a really short pitch. If you can explain your idea in a couple of sentences it might be enough to draw them in and make them want to hear more!

Here’s a little tip to help you perfect your Logline. Pick 3 or 4 movies or shows that you know well and try and sum them up in a sentence or two. After a while you’ll be an expert at writing Loglines for your screenplays!

Earlier we mentioned that certain producers tend to like one genre over another? Once you know your genre you need to narrow down your list of potential producers to those who’ll be interested.

A lot of writers go to Pitchfests to get their ideas in front of industry professionals. If you’re planning on heading along do your research in advance and try and find out who will be there and who’ll want to sign you up!

Don’t worry if you don’t get snapped up after your first pitch, stay positive and keep at it. Practice makes perfect and you’ll get better the more you do – and the more work you put in.

If you want to learn more about script writing and screenwriting we have just the course for you! Pop along to one of our open days to learn more, check out our facilities and chat with some of the lecturers.
[openday]